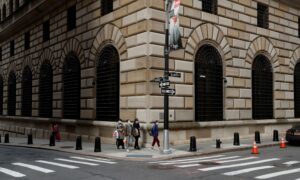 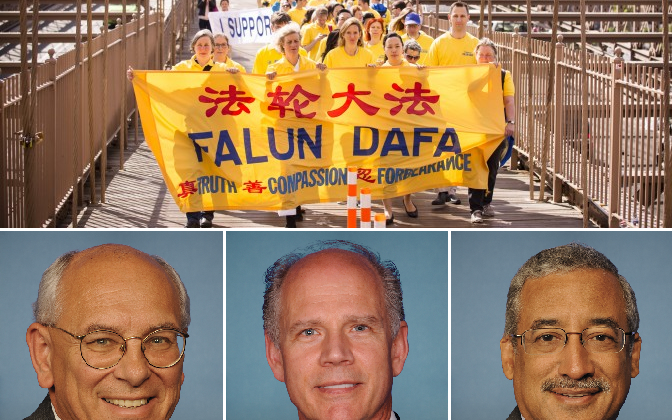 May 13 is the most important day for the global community of practitioners of Falun Gong, a traditional Chinese spiritual practice that has been persecuted in its homeland for nearly 17 years.

As part of recognizing the peaceful nature of the practice and the general appeal of its teachings—its core, guiding beliefs are truthfulness, compassion, and tolerance—nearly 100 public officials in New York and other states have issued proclamations, greeting letters, citations, or certificates to mark the occasion, as of May 5.

“In its 24-year history, Falun Dafa has brought together people from all over the world to cultivate an atmosphere of peace and unity,” reads the greeting letter of Congressman Daniel M. Donovan, Jr. of the 11th Congressional District.

Falun Gong, also known as Falun Dafa, was first taught on May 13, 1992, in the city of Changchun in northeastern China by Li Hongzhi. The practice, incorporating five sets of meditative qigong exercises with a body of moral principles, became massively popular, with tens of millions of practitioners in China by the end of the decade.

Prior to its repression by the communist Chinese regime in 1999, various Chinese state bodies praised Falun Gong and Li Hongzhi for bringing health benefits and and furthering the cause of social stability through its teachings.

“Despite years of persecution, the influence of this spiritual movement has only continued to grow,” wrote Congressman Paul D. Tonko of the 20th Congressional District. “I am proud to join your calls in support of human rights and the fundamental freedom of religion and spiritual practice.”

Seven other congressmen from New York, as well as dozens of state senators and assemblymen issued documents acknowledging May 13 as World Falun Dafa Day.

Falun Gong practitioners in the greater New York region have organized, sponsored, or taken part in numerous community events and activities for well over a decade. This year, as in many preceding it, Falun Gong activities planned for the days surrounding May 13 include a parade with 10,000 expected participants, a performing arts show at Union square, and group meditations in New York’s parks.

Also planned are rallies and petitions meant to raise awareness about the ongoing persecution that millions of practitioners in China face at the hands of regime authorities.

In a letter to Dr. Shantao Lai, the president of Washington, D.C’s Falun Dafa Association, Virginia congressman Bobby Scott commended Falun Dafa for “offering an opportunity to focus on meditation, exercise, and living a moral lifestyle.”

In a greeting letter, Congressman Elijah E. Cummings of Maryland in thanked Falun Dafa practitioners for focusing on values that “encourage a more peaceful society” and for what they “do to support tolerance, world peace, and the arts.”

Many officials lauded Falun Gong for its non-violent, civil campaign against the Communist Party’s repression, while at the same time enriching the local New York community.

In Congressman Donovan’s letter, he wrote that he was “proud to support an event which promotes Chinese culture. As it has spread worldwide, Falun Dafa has taught millions of people of all backgrounds about ancient Chinese values and spiritual traditions.”

“I thank all of you for attending the events today in New York City,” Congressman Tonko’s letter continued, “and I salute you for your continued struggle to ensure that all people have the right to express their spiritual faith.”