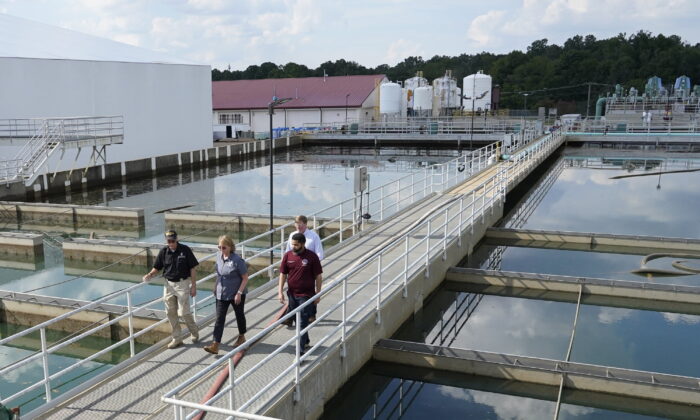 Mississippi’s capital has taken a step closer toward restoring water service. Jackson officials announced Sunday that water pressure has been restored to most of the city’s customers.

“All of Jackson should now have pressure and most are now experiencing normal pressure,” the city said in a news release.

While gains were made at the O.B. Curtis Water Plant, additional repairs may cause fluctuations in pressure, the news release said. The total plant output of 90 pounds per square inch exceeded the city’s goal of 87 PSI.

“Multiple tanks are approaching full,” the statement said. “We no longer have any tanks at low levels. All of Jackson should now have pressure and most are now experiencing normal pressure.”

The boil notice will continue until the city reports two rounds of clear samples. In the meantime, residents should use bottled water or water boiled for one minute and then cooled for “drinking, making ice, brushing teeth, washing dishes, and food preparation,” according to the city’s website.

Torrential rains and flooding of the Pearl River exacerbated problems at the treatment plant, leading to a drop in pressure throughout the city, where residents were already under a boil-water order due to poor quality.

As water pressure is restored, some officials fear the increase could break aging pipes.

Jackson Mayor Chokwe Antar Lumumba said on a Sunday morning news show that the city is “a matter of days” away from water fit for consumption. Despite the gains, Lumumba said that Jackson is “still in an emergency.”

The city “will be in an emergency even as the water is restored to every home, and even as the boil water notice is lifted, because that is the fragile state of our water treatment facility,” Lumumba said in an appearance on ABC’s “This Week.”