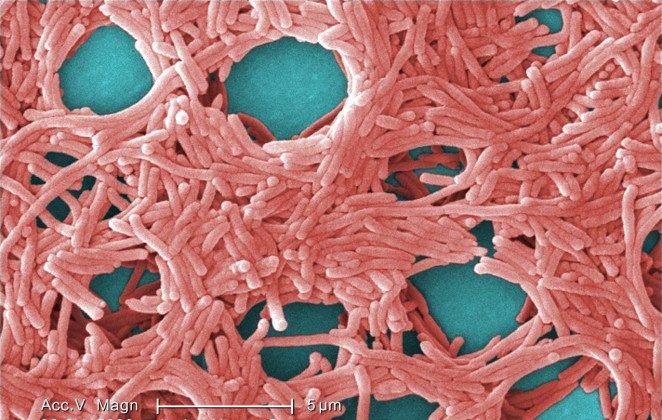 The bacteria that causes Legionnaires’ disease was detected in the water supply of a New York hospital in the Bronx, according to health officials.

In a statement on July 28, health officials said they detected very low levels of the Legionella bacteria at Jacobi Medical Center during the routine testing of their potable water supply.

“Per guidance from the New York State Department of Health, which regulates hospitals, we have taken steps to prevent any impact on our patients, staff, or visitors,” the statement read, reported ABC 7.

Sources with the knowledge of the matter told Daily News that bottled drinking water was being shipped in for the staff and patients at the 450-bed hospital.

Patients are also washing using packaged bath wipes while the hospital installs new water filters in their showerheads, according to the news website.

NYC Health and Hospitals said the risk to patients, staff, and visitors is very low and there was no risk to the surrounding community.

There are currently no reports of any patients being affected by the Legionnaires’ disease.

The disease, a type of pneumonia, is contracted when people breathe in water vapor that has the bacteria Legionella, which grows in warm water in spaces like hot tubs, humidifiers, hot water tanks, and cooling towers.

“Legionnaires’ disease is generally associated with bacteria found in active cooling towers,” the New York City Health Department said in its warning to residents. “All cooling towers in the area have been inspected and sampled, and building managers have been ordered to disinfect any with positive results.”

The detection of the bacteria at the New York hospital comes weeks after the city’s Health Department reported an outbreak of Legionnaires’ disease in Manhattan’s lower Washington Heights neighborhood. As of now, one person has died and 27 cases have been reported, according to the department.

NYC Health Department said the outbreak of the disease is separate from the discovery of the Legionella bacteria in Jacobi Medical Center.

The department has put out a warning to residents saying that anyone experiencing flu-like symptoms including fever, cough, chills, and difficulty breathing, should see a healthcare professional.

Holly Kellum contributed to this report