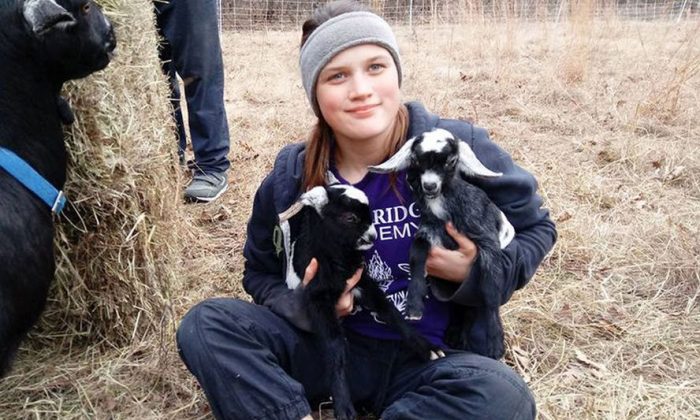 The remains of a 16-year-old girl may have been found in Missouri, authorities said.

The property belongs to the mother of Savannah Leckie, who went missing July 20.

Experts will try to make an identification using dental records and DNA obtained from teeth and bones.

There have been extensive searches since Savannah, who, according to the Ozark County Times is autistic, went missing.

“We had two separate anthropologists examine the bones in the last few days, and they both confirmed that they are human remains and those of a human with a small stature matching Savannah’s size,” Ozark County Sheriff Darrin Reed told the paper.

Several cigarette butts were found around the burn pile.

She was entered into the National Crime Information Center’s Missing Person database on July 20 after her mother called the local sheriff’s office to report her missing. She told them that Savannah was found asleep in her bed at 11 p.m. the night before—but when her mother awoke, Savannah was gone.

The mother, Rebecca Rudd, appealed to people on social media to help find her daughter.

In a GoFundMe page she set up, she wrote: “I reported my daughter missing on July 20, 2017. Police are investigating me, which is good that they are eliminating me as a suspect. During this investigation they are infringing upon my rights, and I need an attorney. I cannot afford one. If I raise more funds for an attorney than I need, the balance will go toward a reward for information leading to finding my daughter,” as the Ozark County Times reported.