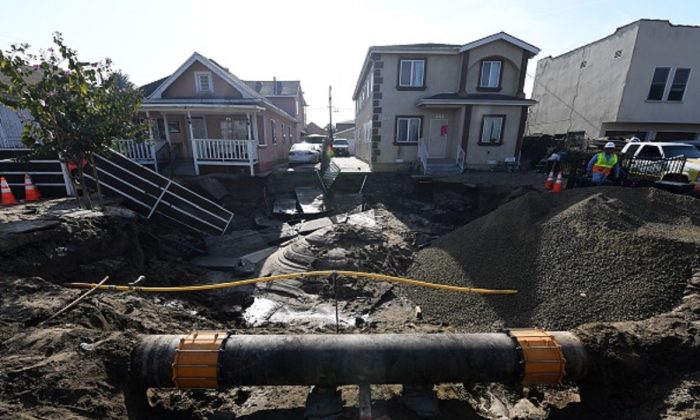 The (Bloomsburg) Press Enterprise reports that a Department of Environmental Protection crew started work on Feb. 15, to fill the sinkhole near Route 61 in Centralia. Work is expected to continue this week.

State environmental authorities say a 100-foot sinkhole found in a central Pennsylvania town almost completely emptied by a decades-long underground fire is unrelated to the blaze.https://t.co/5GnYfFiGMG

The Department of Environmental Protection’s Bureau of Abandoned Mine Reclamation says it’s due to mine subsidence on a different underground coal seam, and mine maps indicate such things occurred before the fire.

Authorities say a 100-foot sinkhole in Centralia almost completely emptied by the decades-long underground fire there is unrelated to the blaze. https://t.co/HdFR4YJ2F6

A $42 million federal relocation program moved more than 1,000 people out of Centralia by the late 1980s because of the fire that’s burned underground since 1962. Only a few people who sued for the right to remain still live there.

Sinkholes are difficult phenomena that have impacted many homes in Central Florida. The area is prone to sinkhole formation as voids and cavities grow over time in the underlying limestone bedrock. Eventually, the weight of the earth above the underground cavities collapses to form sinkholes.

According to the U.S. Geological Survey’s website, sinkhole damage has cost at least $300 million per year on average over the last 15 years.