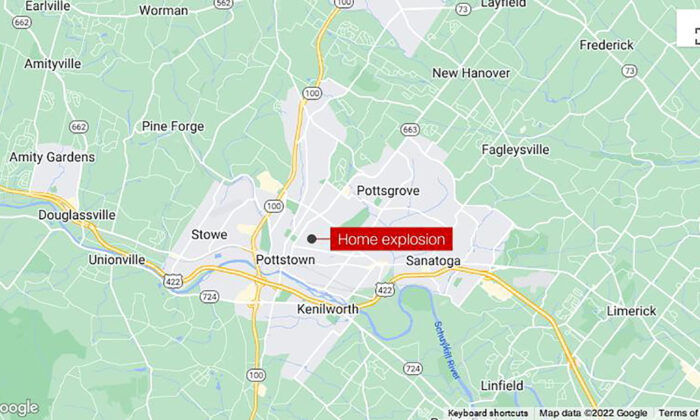 A map showing the location of a home explosion in Pottstown, Pa., on May 26, 2022. (Google Maps)
Crime and Incidents

POTTSTOWN, Pa.—At least four people have been killed and others might still be missing after a house explosion in a suburb northwest of Pennsylvania, authorities said.

Two other people were hospitalized, Keller said. Their conditions are unknown.

It is not immediately known what caused the explosion. Police have not yet named those who were killed or injured in the explosion. No additional details have been released.