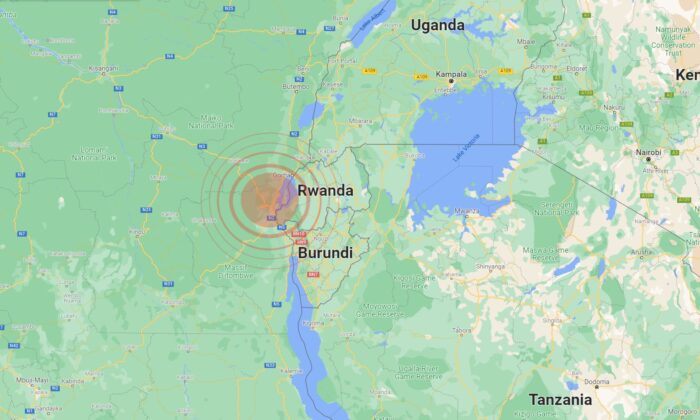 Plane crashed when it left the city of Goma en route to Shabunda in South Kivu province, Congo, on Dec. 23, 2021. (Sreenshot/Google Maps via The Epoch Times)
Africa

Official: Small Plane Crashes in Congo, All 5 Aboard Killed

BENI, Congo—A small passenger plane with five people aboard crashed in eastern Congo on Thursday, and authorities said there were no survivors.

Three passengers and two crew members were aboard the Malu Aviation plane that had left the city of Goma en route to Shabunda in South Kivu province.

“We have just launched investigations to determine the (cause) of this crash,” said Dieudonne Kashombanya, administrator of Shabunda. “We sympathize with all the families of the people killed.”

Malu Aviation’s website says it offers both cargo and charter flights in the region.

Plane crashes are not uncommon in eastern Congo, though flights are still viewed as safer than overland travel because the region is home to many armed groups.