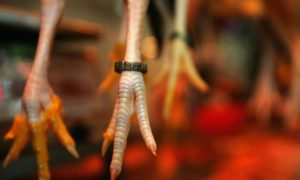 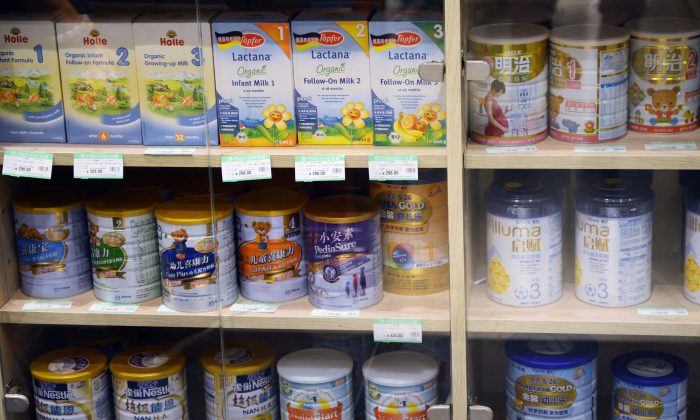 Baby milk formula is seen for sale on the shelves of a supermarket in Shanghai, China. A Chinese food safety official remarked on Wednesday that the country should establish its own set of food safety standards and not follow international regulations, since it is still a developing country. (Peter Parks/AFP/Getty Images)
China

China should establish its own set of standards for food safety and not follow international regulations, since it is still a developing country, a food safety official told China National Radio on Wednesday.

Wang Zhutian, who is an assistant to the director of the China National Center For Food Safety Risk Assessment, said, “We are still a developing country, so we still have to set up our own standards in accordance with our national conditions.”

He explained the need for separate standards as similar to the difference in air quality measures between developed countries and China. “If we used European Union standards to evaluate the air quality of Beijing, then we would fail everyday.”

Even staple food products have been found tainted with toxic chemicals or metals. In May, rice mills in southern China were found to produce rice with excessive levels of cadmium, believed to have leached into the grain through polluted soil. In 2008, a massive scandal erupted after infants fed with milk powder produced by Sanlu Group were diagnosed with kidney stones. An investigation revealed that Sanlu and other dairy product companies had added melamine to the powder, making it appear to have more protein. Today, consumer confidence in domestic milk powder brands is so low that Hong Kong has enacted restrictions on the amount of milk powder a person can bring out of the city, after mainland Chinese cleared its shelves of imported milk powder brands.

Netizens were furious at Wang’s comments. A Beijing netizen with the avatar “Warehouse Peas” posted on Sina Weibo, China’s Twitter-like microblogging platform, “Does that mean people in developing countries should all eat melamine, plasticizers, Sudan Red, and gutter oil? And everyone should have a shorter lifespan simply because of air pollution?”

Gutter oil is cooking oil that has been recycled from restaurant waste, drains, and grease traps, used by street vendors and restaurants to cut down operating costs. Plasticizers were found in Chinese liquor, while Sudan Red, a carcinogenic commonly used as coloring in plastics and synthetic materials, was found in 88 Chinese food products in a 2005 investigation.

A Henan Province netizen with the avatar “Foolish Old Man” said, “When it’s about normal citizens, you guys talk about yourself and not developed countries. But when it’s about the comfort and luxury that you guys enjoy, you say that we are on par with international standards!”

With research by Ariel Tian. Translation by Frank Tian and Rebecca Chen.