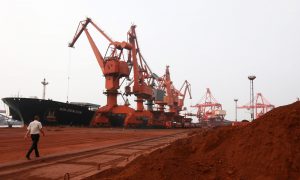 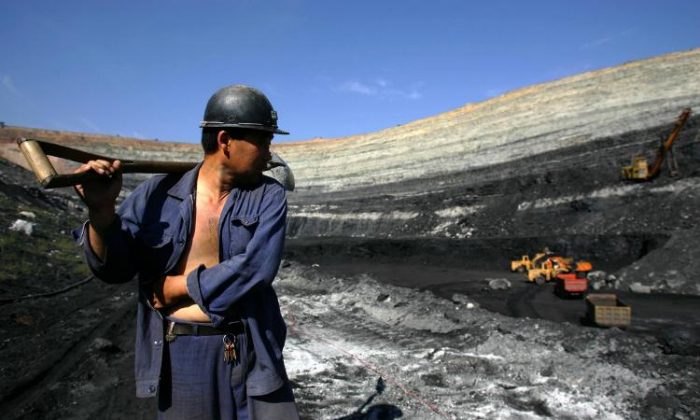 Deputy mayor Wang Meibin of Baotou city, Inner Mongolia fell to his death on Dec. 12, a few days after local officials were placed under investigation amid a corruption probe into the region’s coal mining industry, according to Chinese media reports.

Wang reportedly “fell from his home” in the Ejin Horo Banner of Ordos city in Inner Mongolia and local authorities have ruled out homicide, according to state-run media Xinhua.

Wang, 51, was a native of Ordos. Before he was deputy mayor of Baotou, Wang held important posts in the municipal government of Ordos, including deputy director of the State-owned Assets and Administration Commission (SASAC), director of the Finance Bureau, and Chinese Communist Party chief of the Ejin Horo Banner, according to official records.

The timing of Wang’s death is noteworthy as it coincides with this year’s ongoing investigation into alleged corruption among local officials who have ties to Inner Mongolia’s coal mining industry.

Yang Haiying, a professor at Japan’s Shizuoka University, told Radio Free Asia (RFA) that he believes Wang took his life because of an unspoken rule prevailing within the Chinese Communist Party (CCP): if an official’s crimes were to be exposed, he would be better off ending his own life than putting his family in danger.

The Chinese reports did not mention if Wang was under investigation by authorities.

Inner Mongolia possesses vast open-pit mines and has 523 coal mines, with a combined production capacity of 1.3 billion tons per year, according to China’s state media.

From March 27 to June 10, Inner Mongolian authorities launched a series of probes into corrupt practices that occurred in the past 20 years in the region’s coal mining industry, including shady dealings involved in mine planning and approval, investment review, environmental assessment, mining rights, and financial transactions, according to a report by the Central Committee for Discipline Inspection (CCDI), the CCP’s internal anti-corruption watchdog.

On Dec. 4, five local high-ranking officials were placed under investigation or removed from their posts for suspected violations of laws. Bai Dun, the former head of Inner Mongolia’s Department of Land and Resources, was one of the sacked officials, RFA reported.

On Dec. 10, just two days before Wang’s death, local authorities in Ordos announced that Yun Weidong, deputy head of the Standing Committee of the local rubber-stamp legislature, was placed under investigation.

On Oct. 13, Yun Gongmin, a retired local politician and former general manager of China Huadian Group, was arrested for bribery crimes after a year-long investigation by the CCDI.

On July 16, the CCDI reported that Yun Guangzhong, former standing member of the provincial Party committee and Party chief of Hohhot city, the capital of Inner Mongolia, underwent trial on a bribery charge.

Chinese authorities admitted that coal resources (dubbed “black gold”) have become a “hotbed for corruption,” according to the CCDI.