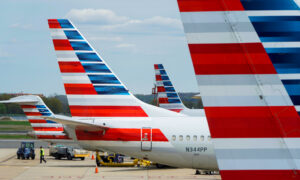 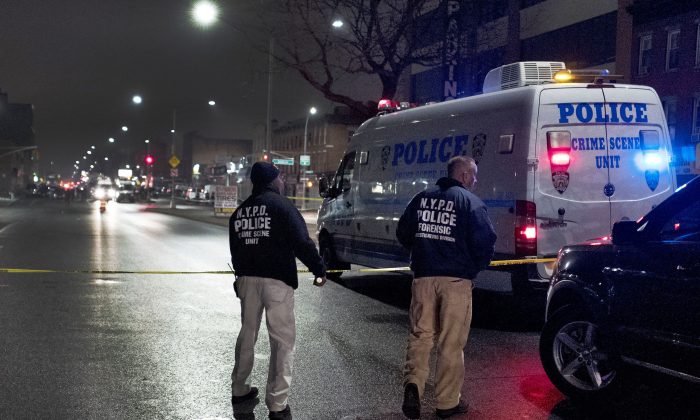 A pair of New York City Police Department officers investigate at the scene where a fellow officer shot and killed an armed man, in the Crown Heights section of the Brooklyn borough of New York on Jan. 4, 2017. (AP Photo/Mark Lennihan)
US

NEW YORK—The New York Police Department says officers have shot and killed a man who was firing a gun on a Brooklyn street.

Officials say the plainclothes officers confronted the man as he fired a handgun into a lounge around 3:30 a.m. Wednesday on Atlantic Avenue in the borough’s Crown Heights section.

NYPD says the man turned the gun on the officers, who fired at him. Officials say the man was hit at least once and died at a hospital.

Police say they recovered a .38-caliber handgun at the scene.

The fatal shooting was the second involving police in Brooklyn in six hours. Officials say police killed a 63-year-old man late Tuesday night when he went after officers with a large knife.