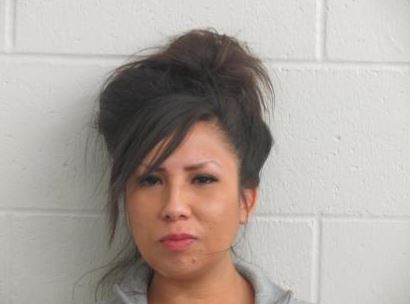 When a Juneau County officer got out of a gas station he stopped in, he was surprised to find their vehicle gone.

A Juneau County deputy and a state trooper stopped at the BP station in Lyndon Station around 4:20 a.m. on Saturday, according to police.

A witness soon approached and said that a woman had got into the vehicle and headed east on I-90/94.

The deputy got into the state trooper’s vehicle and they tracked down 29-year-old Sara Windom and the stolen car.

She was taken to the Juneau County, Wisconsin, jail, the sheriff’s office said in a press release.