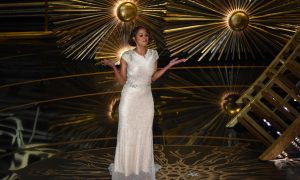 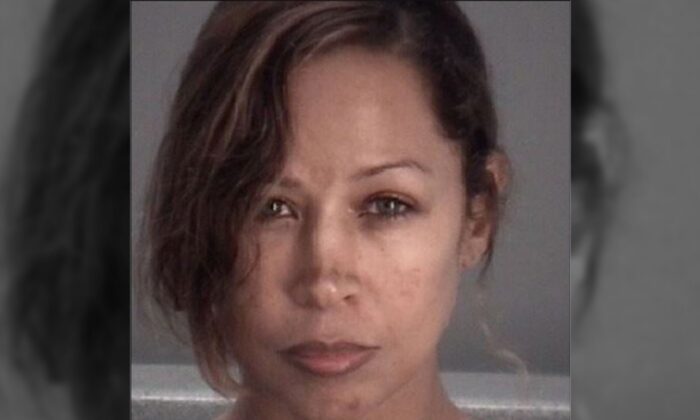 Authorities admitted they labeled Stacey Dash as “white” on her final arrest report, despite believing she was Hispanic, according to a police spokesperson.

Dash, 52, was arrested in Florida on Sept. 29 for domestic battery against her husband, Jeffrey Marty. According to a police report, Dash and Marty got into a verbal argument and Dash pushed him, slapped him, and scratched him.

She was later released.

The “Clueless” star, born to a Mexican American mother and an African American father, was listed as “white” in the race section of her final police report, although officers who arrested her thought she was Hispanic, reported TMZ.

A Pasco Sheriff’s Department spokesperson told the entertainment news outlet she did not disclose any information about her ethnicity, but she wasn’t asked either.

They added that the Department of Justice Uniform Crime’s reporting requirements don’t include Hispanic as an “allowable” race.

“However, the Pasco Sheriff’s Office follows the Department of Justice Uniform Crime Reporting standards and, according to the DOJ reporting requirements the only allowable races are: Asian/Hawaiian/Pacific Islander, Black/African American, American Indian/Alaskan Native, Unknown, or White.”

Officers are only able to add Hispanic to the form by hand, as computers, which most officers reportedly use, don’t include the option to do so, the spokesperson explained.

Despite the error, the details on her arrest report will most likely remain unchanged because she did not specify her race during her arrest, they added.

Another error on the report included a mix up with her name, which was written as Stacey Dash Lauretta, instead of Stacey Lauretta Dash, reported TMZ.

Dash pleaded not guilty to a domestic battery charge on Oct. 2, and was bailed out of jail by her lawyer husband who posted her $500 bond, according to Pasco County Court records obtained by USA TODAY.

It came after Dash’s manager, Sean P. Jackson, told People magazine she became physical because her husband was choking her.

“Stacey actually called the police because she was attacked by her husband. He choked her and she was defending herself,” he said. “When the police arrived, they couldn’t see any physical marks on her, but they did see them on him.”

Dash said in a statement following the arrest that she and her husband “had a marital dispute” at their house in Port Richey.

“No charges were pressed by her husband, however, deputies arrested Ms. Dash peacefully, as a formality. Ms. Dash’s husband appeared in court today, Sept. 30, on her behalf and Ms. Dash was released from the Land O’ Lakes detention facility. No further legal action is pending,” the statement read.

“The marital dispute, while personal and unfortunate, has since been blown out of proportion. An earlier report on TMZ.com said her manager told TMZ that she was attacked by her husband—both the sources relationship [sic] to Ms. Dash and the events of the evening were misrepresented.”

“Ms. Dash is a domestic abuse survivor from a previous relationship and has championed for other abuse victims to speak up,” the statement added. “The untruthfulness being reported saddens Ms. Dash and her family—no further comments will be made and we ask that Ms. Dash and her family’s privacy will be respected.”