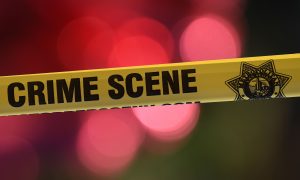 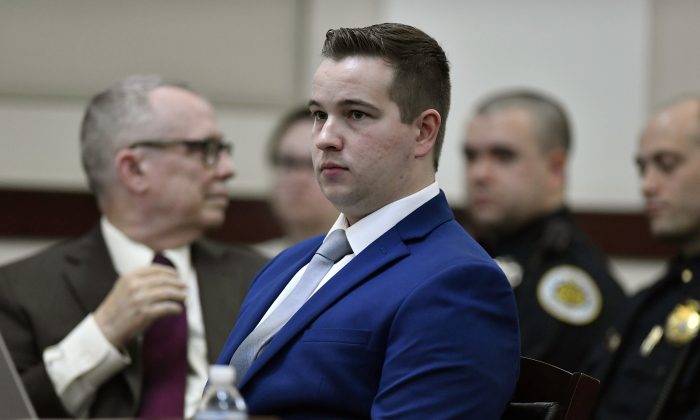 NASHVILLE—A white Nashville police officer told investigators that he knew “100 percent” that the black man he’s charged with fatally shooting intended to shoot at him and possibly others.

Prosecutors played the state investigator’s interview with Andrew Delke, 25, in a Nashville courtroom on Jan. 4, where dozens of police officers packed in to support Delke. The officers sat across from rows of family members and others there to advocate for Daniel Hambrick, the 25-year-old who died in the shooting as he ran from Delke and held a pistol.

The shooting death has reignited questions about policing of Nashville’s black community. The outcry stirred enough support to place a question on the city’s November ballot about creating a citizen oversight board for the police force, and voters approved the measure widely.

A judge is considering whether there is probable cause to pass the case on to a grand jury, an early but critical step in the process. Friday’s five-hour hearing on the matter will spill over into Saturday and the judge is expected to make a decision Monday.

In his interview, Delke said he relied on his training when Hambrick didn’t heed his instructions to drop the gun, including warning that Delke would otherwise shoot, and the weapon at some point faced the officer.

Assistant district attorney Ronald Dowdy focused on the lack of video footage or witness testimony about Hambrick turning, looking back or aiming his weapon at Delke, as Delke claimed in his interview.

During testimony, Tennessee Bureau of Investigation special agent Steven Kennard estimated that Hambrick would have been in a blind spot for about two seconds between cameras that caught the foot chase. Kennard said it would have been “very difficult” to stop, slow down, spin around and face Delke, and then be sprinting again in that timeframe.

Questioning by defense attorneys sought to paint scenarios where Hambrick could have had time or a sightline to look back at Delke during that window. They also said that state law allows deadly force by police when they have probable cause that a suspect poses the threat of serious bodily injury to the officer or others.

“An officer is not under any obligation to let an armed suspect have the first shot,” defense attorney John Brown said in a line of questioning.

According to the arrest affidavit in September, Delke pulled into an apartment parking lot and mistook a different car for one he had been following while looking for stolen vehicles and known juvenile offenders, though he found the car wasn’t stolen. Several people were in the area as Delke stopped nearby, one of them Hambrick, who began to run, the affidavit says.

The affidavit says Delke shot Hambrick in the back, torso and the back of his head. A fourth shot missed him.