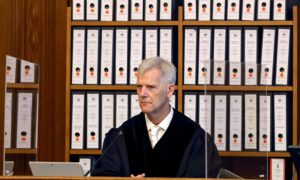 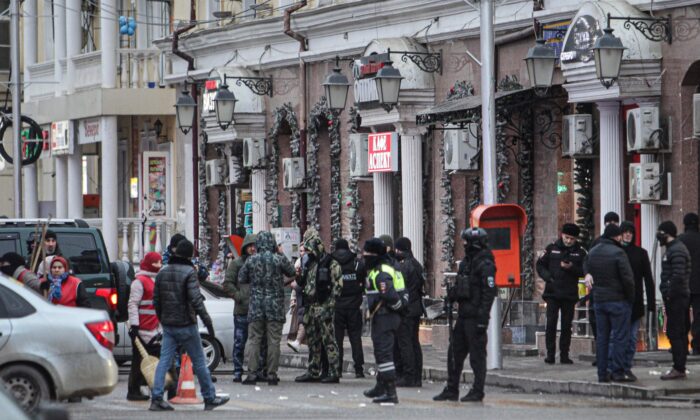 Police and investigators work at the scene after two men attacked road police in the center of the provincial capital, Grozny, Russia, on Dec. 28, 2020. (Musa Sadulayev/AP Photo)
World

Officer, 2 Suspects Die in Attack on Police in Chechnya

MOSCOW—Two brothers attacked police with knives Monday in Chechnya, killing an officer and injuring another before being shot dead, the Russian republic’s leader said.

Ramzan Kadyrov, the strongman head of Chechnya, said the men attacked road police in the center of the provincial capital, Grozny, in an attempt to seize their weapons.

Kadyrov said the brothers came from the neighboring region of Ingushetia and were working at a bakery.

The Kremlin has relied on Kadyrov to stabilize Chechnya after two separatist wars in the 1990s and has provided generous subsidies to help rebuild the region.

Despite Kadyrov’s relentless crackdown on suspected extremists, some of whom have sworn allegiance to the ISIS terrorist group, extremists have continued to launch sporadic attacks in Chechnya and other regions in Russia’s North Caucasus.