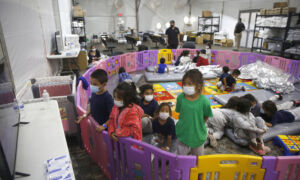 A Pentagon police officer who tried to stop a car robbery has been charged with two counts of second-degree murder in relation to the deaths of two people in Maryland earlier this week, police said.

The Pentagon Force Protection Agency (PFPA) officer, identified as David Hall Dixon of Takoma, was off-duty at the time of the incident and was on his way to work, Takoma Park Police Department Chief Antonio DeVaul confirmed during a press briefing on Friday.

Dixon was taken into custody early on Friday after police obtained an arrest warrant charging him with second-degree murder and the use of a handgun in a commission of a felony, according to a police statement.

He was also charged with one count of reckless endangerment, as well as an attempted second-degree murder charge in the assault of Michael Thomas, who was the driver of a vehicle Dixon shot into after the robbery suspects tried to flee.

Dixon is accused of fatally shooting 32-year-old Dominique Williams of Hyattsville and 38-year-old James Lionel Johnson of District Heights, police said. Williams and Johnson suffered from gunshot wounds and died at a nearby hospital. Thomas’s condition is unknown.

Authorities responded to reports of gunfire that day shortly after 5 a.m. at the parking lot of the Takoma Overlook Condominiums on New Hampshire Avenue.

Upon arrival, officers learned in a preliminary investigation Dixon fired his service weapon in response to a car robbery after the suspects tried to flee and “failed to follow his direction” and almost ran him over.

“He engaged the suspects who failed to follow his direction,” according to a Wednesday police statement. “The suspects attempted to flee in a vehicle at which time the officer discharged his service weapon.”

Chief DeVaul confirmed during the Friday briefing all three of the suspect were “actually breaking into vehicles,” but Dixon had no authority to shoot the robbery suspects. He also said Thomas won’t face any charges in the alleged robbery, saying he was a victim in the police-involved shooting.

“Mr. Dixon had no lawful or justifiable reason to shoot and kill Mr. Williams and Mr. Johnson,” DeVaul said, adding that there were also “inconsistencies” in the overview the officer provided to investigators.

Dixon told investigators the robbery suspects tried to run him over with the vehicle, and he then responded by firing his service weapon multiple times. An examination of the vehicle also found multiple bullet holes in the car, according to an application for a statement of charge.

However, a surveillance video of the incident allegedly showed Dixon fire multiple times at the car after it passed him and “no longer presented an immediate threat that would have justified the use of deadly force,” the document states.

The PFPA said in a statement following the shooting Dixon “remains in an administrative leave status pending the results of an internal administrative investigation.”

“Understanding the seriousness of the situation and their responsibilities, we are conducting a stand-down with our officers to ensure they have a full understanding of their off duty responsibilities, and review our use of force policy and jurisdictional considerations,” according to the statement obtained by ABC News.