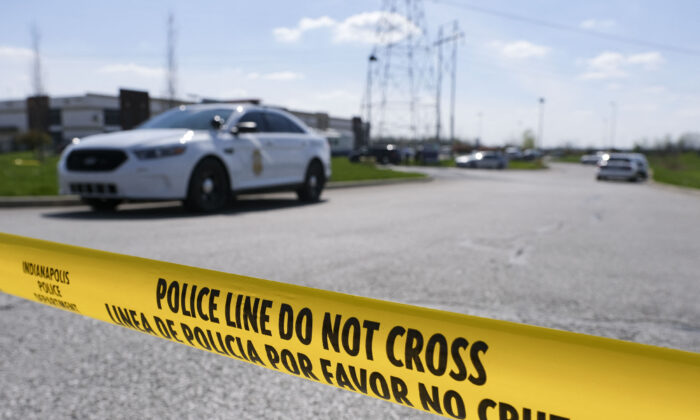 DOWNEY, Calif.—A wide-ranging search was continuing Aug. 9 for the person or people who gunned down an off-duty Monterey Park Police Department officer outside a gym in Downey, as the tight-knit law enforcement agency mourned the loss of one of its own.

The shooting was reported about 3:30 p.m. Aug. 8 in the 12700 block of Lakewood Boulevard, near the Glenn Anderson (105) Freeway, and the victim was found unresponsive in the seat of his car, according to Downey police.

Downey Fire Department paramedics were called to the scene and pronounced the man dead. His name was withheld pending notification of his next of kin, but police confirmed he was an off-duty officer with the Monterey Park Police Department.

“The loss of any life is tragic. The loss of this life is especially painful when it’s one of our own,” Monterey Park Police Department Chief Kelly Gordon told reporters at a news conference Monday night. “You know, this is all very fresh. We’re mourning right now. As time goes on we’ll provide more information, but right now our main focus is making sure that the person that did this is brought to justice, that the investigation is allowed to take place in the way it needs to take place and that we support the family in every way, shape, and form that we can.”

Events leading up to the shooting were under investigation, and no suspect description was available.

“We can’t release too much, we are definitely looking for a suspect right now. There might be multiple suspects,” Downey Police Department Capt. Scott Loughner said.

No details about the fallen officer were immediately released, although reports indicated he was a recent addition to the 76-member department.