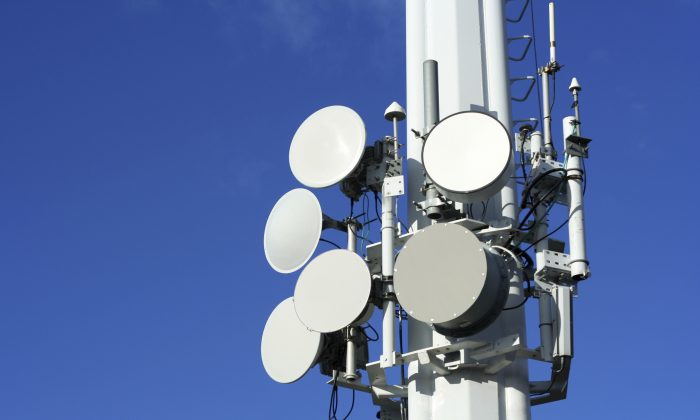 If you thought your phone bill was expensive, U.K. telecoms regulator Ofcom just announced an inflation-busting price hike that will triple the license fees paid by U.K. mobile network operating companies. The likes of EE, O2, Vodafone and Three must pay the government to use the 900MHz and 1800MHz radio frequency spectrum bands, which from October next year will cost the industry 199.6 million pounds per year.

Of course Ofcom says that this is a fair price, and that the industry has been benefiting from fees below the market rate for years. The government instructed Ofcom to review its license fees back in 2010 with a view to ensuring they reflect true market value—and this is the result of that review. However, Ofcom’s view on that market value has been influenced by the results of a recent spectrum licence auction in Germany, Europe’s largest mobile market with 108.5 million subscribers, compared to the U.K.’s 75.1 million. That auction netted 3.7 billion euros

Now, many people will think of the telecoms industry as being made up of fat-cat companies that are milking us poor customers for every penny we have. However as Ofcom’s own figures show, total U.K. telecoms revenues continued their downward trend during the last five years, falling 2 percent in 2014. At the same time, the mobile industry has agreed to invest 5 billion pounds to improve infrastructure and tackle areas with poor signal and coverage. So, with revenues falling and investment rising, a massive hike in the spectrum licence fees is the last thing that the industry, or the rest of us, needs.

The mobile phone industry is a global business, and the U.K. is one of the most regulated markets in the world. If the competitiveness of the U.K. market worsens then companies will simply move their business and investment elsewhere. It’s perhaps not surprising to see that Deutsche Telecom (T-Mobile) and France Telecom (Orange) are already in effect withdrawing from the U.K., via the planned sale of EE (which operates both brands in the U.K.) to BT. Spanish firm Telefonica may well soon follow by selling its O2 U.K. brand to Hutchison Telecom, otherwise known in the U.K. as mobile phone operator Three, meaning market consolidation in the U.K. will leave just Vodafone, Three and BT/EE. Less competition is bound to lead to a worse deal for customers.

Perhaps it’s not on the same scale, but we have seen the effects of high spectrum license fees on the mobile industry and the wider U.K. economy in the past. When the second generation (2G) GSM mobile services launched in 1992, the U.K. led the field with several world firsts including the launch of the world’s first GSM 1800MHz network and GPRS data service. During the move to 3G networks, the now infamous spectrum auction in 2000 netted 24.5 billion pounds for the Treasury but in the process all but crippled the industry with costs, putting the U.K. back by three to five years. We all—firms and consumers—suffered as a result.

The most recent 4G auction brought in 2.3 billion pounds for the government, much lower than they had hoped for. However Britain is once again leading the way, with some of the fastest 4G data rates in the world and agenda-setting development of 5G technology through the 5GIC at the University of Surrey. These Ofcom price hikes put all this at risk. What will operators do? Scale back infrastructure investment? Pass on the costs to customers? Or simply withdraw from the U.K. market? There’s no upside to any of those choices.

In a society and economy that is increasingly reliant on digital connectivity and the smartphone, Ofcom’s cash-grab is entirely counterproductive. The government should be creating incentives for the operators to invest and improve the service they offer, not increasing indirect taxes upon them, which is very likely to have precisely the opposite effect.

Nigel Linge is a professor of computer networking and telecommunications at the University of Salford, U.K. This article was previously published on TheConversation.com