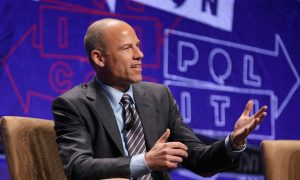 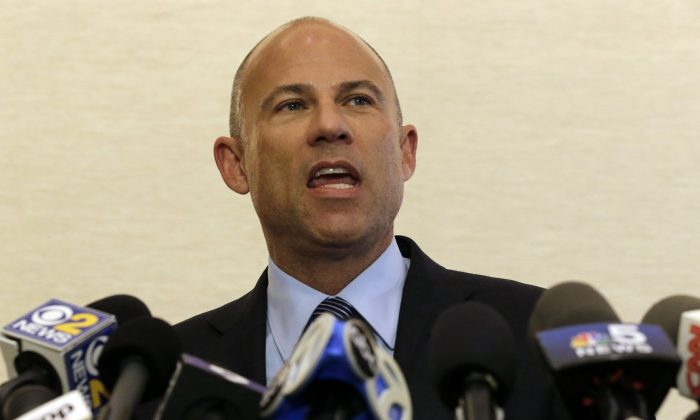 Avenatti, 48, was arrested on March 25 in Manhattan and charged with attempting to extort Nike up to $25 million by threatening to release damaging information about the company. The lawyer is also facing separate federal wire and bank fraud charges in Los Angeles, where authorities alleged Avenatti tried to embezzle money from a client to pay for his own expenses and for business ventures, reported Fox News.

In his first interview on March 26 after being released on $300,000 bond, CBS News correspondent Jericka Duncan questioned Avenatti on the allegations. Avenatti said that any suggestion that he tried to extort the sports giant is “absurd.”

In his first interview since he was arrested on federal charges fraud and extortion, Michael Avenatti tells CBS News: "I…

“No, and any suggestion is absolutely absurd,” he told the network. “Nike knew, from the very first moment that I had any contact with Nike, that I was insisting that the truth about what Nike had done be disclosed to federal prosecutors and investigators.”

“The truth is, for years Nike and its executives have been funneling payments to amateur players, high school players and to their handlers and family members in an effort to get them to go to colleges that were Nike colleges and ultimately, hopefully to the NBA so they can sign a shoe deal with Nike,” he added.

Avenatti also shared his thoughts about the prospect of prison time.

“Of course I’m nervous,” he said. “I am nervous. I’m concerned. I’m scared. I feel terrible for my family. I feel bad for my friends.”

Avenatti and a co-conspirator demanded to be paid a minimum of $15 million to $25 million and an additional $1.5 million for an Avenatti client to remain silent, the complaint said. High-profile attorney Mark Geragos—who has represented the likes of Colin Kaepernick, Jussie Smollett, and the late singer Michael Jackson—had been named as the co-conspirator in the case.

“As alleged, Michael Avenatti approached Nike last week with a list of financial demands in exchange for covering up allegations of misconduct on behalf of the company,” FBI Assistant Director in Charge William Sweeney Jr. said in a Justice Department news release.

“The lofty price tag included a $1.5 million payoff for Avenatti’s client and upwards of tens of millions of dollars for the legal services of his firm—services Nike never requested. This is nothing more than a straightforward case of extortion.”

Avenatti could face up to a century in prison if he is convicted in both cases, reported CBS News.

The lawyer said in the interview that he does not think his conduct amounted to extortion.

“There’s legal experts that say I was well within the line as an aggressive attorney. There’s many that say that. And the fact of the matter is, this was not extortion,” he said. “People make threats all the time in connection with trying to settle a case.”

Former federal prosecutor Neama Rahmani told the Associated Press that during negotiations lawyers sometimes demand to seek out-of-court settlements, but cannot threaten the release of damaging information to get something of value or gain leverage in a civil dispute.

“The Department of Justice historically has been very cautious when charging attorneys, so they likely have evidence that Avenatti seriously crossed this line,” Rahmani said.