Coronavirus Live Updates: Confirmed Cases in US Rises to 53
0 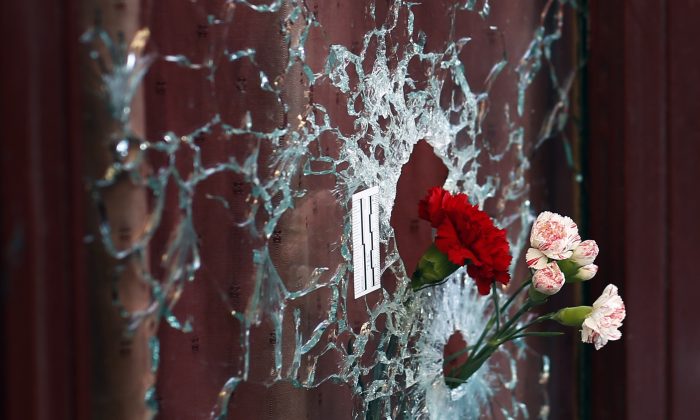 Flowers are set in a window shattered by a bullet at the Carillon cafe in Paris, France, on Nov. 15, 2015, two days after over 120 people were killed in a series of shooting and explosions, including suicide bombers. (AP Photo/Jerome Delay)
International

A new study says that 450 of the 452 suicide attacks committed around the world last year were carried out by Muslims.

The study was done by Israel’s Institute for National Security Studies at Tel Aviv University.

One of the other two attacks may also have been carried out by a Muslim; police were still investigating at the time of publication.

The Times of Israel called the count “the most dramatic statistic.”

The other attack was carried out by the Kurdish underground.

The research team only included attacks that were verified by at least two sources.

“Even then, every determination we make is always qualified because we can never be exact about the percentages, and certainly not in places like Syria,” said Yoram Schweitzer, the head of the Program on Terrorism and Low Intensity Conflict at the institute.

“Then we come to another issue. Which terror attacks we define as suicide attacks and which we do not. My own definition includes all terror attacks that were perpetrated by a suicide bomber who carried explosive material on his person or on a mobile platform. They are planted inside or sent to the targets, and their certain deaths define them as suicides. In other words, the definition does not include ‘sacrifice’ attacks of various kinds, or people wielding knives or scissors.”