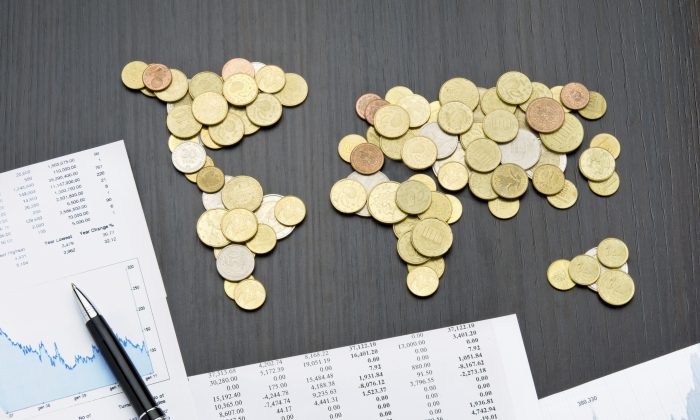 The news has been full of stories about how companies such as Amazon, Apple, Google, Microsoft, Starbucks, and others are able to shift their profits to low or no-tax jurisdictions by using novel, legally permitted corporate structures and complex internal transactions (known as transfer pricing schemes). Companies are able to do so because they are generally taxed at the place of their residence rather than where the underlying economic activity takes place.

The European Union is estimated to be losing about one trillion euros each year due to a combination of tax avoidance, evasion, and arrears. This is bigger than the combined gross domestic product (GDP) of Norway and Sweden and requires political action.

Against the above background, in 2013, the governments of G20 nations asked the Organization for Economic Cooperation and Development (OECD) to develop proposals for dealing with Base Erosion and Profit Shifting (BEPS).

As part of the BEPS project, the OECD has now completed the first phase consisting of 15 possible actions. These form part of its final reports which exceed 1,000 pages and a summary is available here. There is much to digest and the OECD does offer some ways of tackling BEPS, but ultimately the project is unlikely to make a significant dent in organized corporate tax avoidance.

Transnational corporate groups have been very adept at engineering inter-group loans. Under this, one subsidiary borrows from another and pays interest. No cash effectively leaves the group and the interest paid by the paying subsidiary attracts tax relief while the receiving company, often located in low or no-tax jurisdiction, pays no tax on its income. So the OECD suggestion that the tax relief on such interest payments be restricted may dissuade some from opting to adopt these ingenious and complex financial arrangements.

The OECD has supported calls for country-by-country reporting (CBCR). This requires companies to show the profit they make in each country together with sales, employment, and other relevant information. This information can help to illustrate the mismatch between economic activity and profits booked in each country.

But the OECD only recommends that this disclosure be made by each multinational corporation to the tax authority in its home country. To secure this information, governments of other countries will need to enter into numerous treaties. Poorer countries will hardly be in a position to leverage negotiations with more powerful countries. A more efficient solution would be for companies to publish the required information as part of their annual accounts—something the European Parliament has called for.

The current corporate tax system was designed nearly a century ago when the contemporary form of transnational corporation, direct corporate investment in foreign operations, and the internet did not exist. The OECD has failed to address the three biggest fault lines in the current system. First, under various international treaties, companies are taxed at their place of residence rather than the place of their economic activity. The OECD reforms do not make any significant change.

Second, modern corporations, such as Starbucks and Google, are integrated entities. They coordinate the economic activities of hundreds of subsidiaries to achieve economies of scale, market domination, and profits, but for tax purposes are assumed to be separate economic activities. So a single group of companies with 500 subsidiaries is assumed to consist of 500 independent taxable entities in diverse locations. This leaves plenty of scope of profit shifting and tax games.

Third, the profits of a group of companies are allocated to each country by using a system known as transfer pricing. This requires arm’s-length or independent market prices to calculate the price of intra-group inputs and value of outputs to estimate taxable profits. In the era of global corporations, independent prices can’t easily be estimated. For example, as I found in an investigation in 2011, just ten corporations control 55 percent of the global trade in pharmaceuticals, 67 percent of the trade in seeds and fertilizers, and 66 percent of the global biotechnology industry.

The OECD recognizes the problem but does not offer any way forward. Instead, it seeks to repair the current broken system through improved documentation for transfer pricing and international treaties. An alternative approach known as unitary taxation can address the above shortcomings. It treats each group of companies as a single unified economic entity. It recognizes that there can be no sale, cost, or profit until the company transacts with an external party. Thus, all intragroup profit shifting is negated.

The global profit of an entity is allocated to each country in accordance with key variables, such as sales, employees, and assets—and each country can then tax the resulting profit at any rate that it wishes. A system of unitary taxation has been operated within the United States since the 1930s to negate the impact of domestic tax havens (for example Delaware) and profit shifting. The OECD could have studied this but chose not to.

The BEPS project is unlikely to be the last word on corporate tax avoidance.

Prem Sikka is a professor of accounting at Essex Business School, University of Essex, U.K. This article was previously published on TheConversation.com