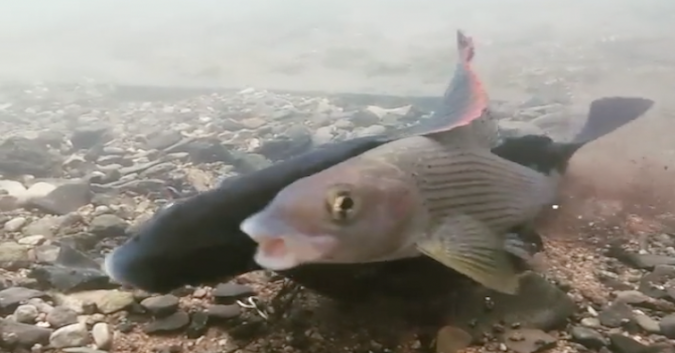 A species of freshwater fish was spotted procreating—but it took an incredible amount of time to capture it on video.

A man was fascinated with filming freshwater fish in an unknown location, and he spent some three years trying to get the grayling fish’s shaky procreation ritual on camera.

Grayling fish are found in seemingly disparate waters: from Australia to Antarctica. They’re in the salmon family Salmonidae.

They’re also known as the “lady of the stream.”