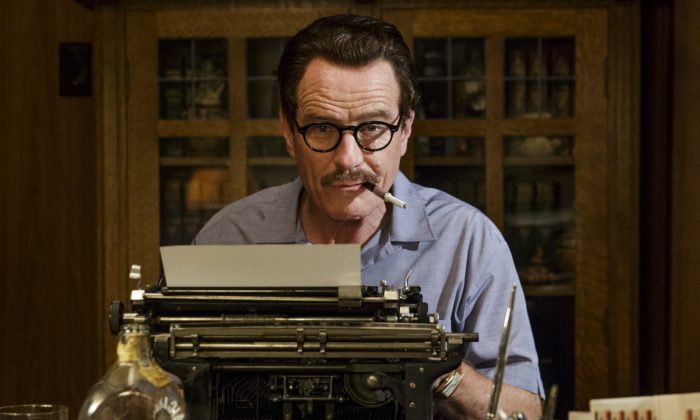 For two weeks every year London goes film crazy. We run down the must-see movies at this year's London Film Festival
By Matthew Rodgers

A year is a long time in film. It’s how long we have to wait for the Ghostbusters reboot or the Independence Day sequel, but for those with a predilection for something a little more highbrow, the London Film Festival seems to have come around again in the blink of an eye.

Tickets aren’t cheap, especially in the heart of the capital, so with 238 films to choose from spread over a 12-day period, we’re here to give you a nudge in the direction of some of the festival’s hottest, most buzzed about releases.

Entries in the Official Competition category include the sophomore feature from Gravity writer and son of Alfonso, Jonas Cuaron. Desierto tells the tale of Gael Garcia Bernal’s border-crossing Mexican, who becomes the target of an extremely racist man who has taken immigration control into his own hands. Essentially a cat-and-mouse edge-of-the-seat thriller, it’ll be interesting to see if he has inherited his father’s visual panache.

Lenny Abrahamson’s Room is a front-runner for adulation thanks to a wave of positive buzz and the People’s Choice award at the recent Toronto International Film Festival. An Irish-Canadian effort based on Emma Donoghue’s bestselling novel, it stars the perennially brilliant Brie Larson (Short Term 12, Trainwreck) as a mother who has been held in captivity with her son in single room for half a decade emerging into an unfamiliar world.

Of the 13 films vying for Best Film one is indicative of a shift in movie-making in 2015. Filmed entirely using iPhone5 cameras, and improvised on the streets of downtown LA, Tangerine is an emotional empowerment movie centred on two girls seeking Christmas Eve retribution against a cheating ex. It’s both narratively inspirational and also proof to anyone who has ever wanted to make a movie that it can be done with minimal resources.

At the other end of the spectrum, the big draws can be found in the Gala Screenings bracket. The Opening Night film is Sarah Gavron’s Suffragette, a potentially rousing piece of feminist history, with awards-baiting performances from Carey Mulligan, Meryl Streep (as Emmeline Pankhurst), and Helena Bonham-Carter.

The fortnight is brought to a close in suitably grandstanding fashion with Danny Boyle’s Steve Jobs. Michael Fassbender, while bearing no real similarity to the flawed Apple frontman, appears to perfectly fit into the turtleneck sweater if the trailer is anything to go by. With a screenplay from The Social Network‘s Aaron Sorkin, you can expect memorable monologues and minimal sycophancy, and when you have Kate Winslet, Seth Rogan, and Jeff Daniels spitting his verbose dialogue, then you know this is one to queue around the block for.

Johnny Depp attempts to distance himself from the prosthetics and pantomime of boxoffice bombs The Lone Ranger and Mortdecai by wearing more prosthetics to play infamous US gangster Whitey Bulger in Scott Crazy Heart Cooper’s well received crime-opus Black Mass.

Also in the biopic category is Bryan Cranston’s push for Oscar glory, Trumbo. The true story of Dalton Trumbo, a Hollywood screenwriter who was blacklisted, having refused to testify in the House of Committee on UnAmerican activities in 1947. As well as the former Walter White, there are scene-stealing turns from American stand-up Louie C.K., Helen Mirren, Elle Fanning, and Diane Lane as his loyal wife.

We are approaching Oscar season, so guess what? Another biopic. This time it’s Ben Foster on chameleonic duties as the blood transfusing Tour De France cheat, Lance Armstrong. Director of 2013 festival favourite Philomena, Stephen Frears is adept at transferring real-life events to the big screen. The Program‘s depiction of the cyclist’s fall from grace should be a fascinating bedfellow to Alex Gibney’s doc The Armstrong Lie, as well as providing Foster with the breakout role he so deserves.

Perhaps the most intriguing choice on this celluloid menu is Ben A Field in England Wheatley’s adaptation of JG Ballard’s satirical classic of crumbling decadence High-Rise. Tom Hiddleston stars as an affluent doctor living at the top of an apartment block as it’s slowly consumed from the ground upwards. With a score from Clint Mansell (Requiem for a Dream), the promise of imagery as scorching as Field‘s tent scene, and support from Luke Evans, Sienna Miller, and Jeremy Irons, it’s no wonder this is already sold out.

Stepping away from fiction for a moment, Russell Brand premieres his latest slice of power-to-the-people with documentary Brand: A Second Coming. It’s already a strange title considering the divisive comedian has recently abandoned Twitter and taken an indefinite hiatus from his Trews YouTube channel. This follows his arc from political stand-up to spokesperson, delivering laughs, chin stroking polemics, and no doubt more ammunition for his detractors.

Echoes from preceding festivals are always a good guide as to what to look out for, and if the screams and awards for Best Director coming from Sundance 2015 are anything to go by, then The Witch could be this year’s It Follows. Robert Eggers’ film takes place in 17th century New England, focusing on a family that’s banished from their plantation and forced to make their home on an isolated farm. When the youngest daughter inexplicably goes missing, madness begins to take hold, turning the family against one another. If you’re not sold on that premise, then take a look at the terrifying trailer and try any incantation you can to make someone give you their ticket.

With the now-familiar subcategories of Love, Dare, Laughs, Debate, Thrill, Cult, Journey, Sonic, Family, and more, as well as onstage interviews with the likes of Christopher Nolan, Todd Haynes, and Saoirse Ronan, the London Film Festival really is the most diverse playground a film fanatic could wish for. It all kicks off on October 7th.