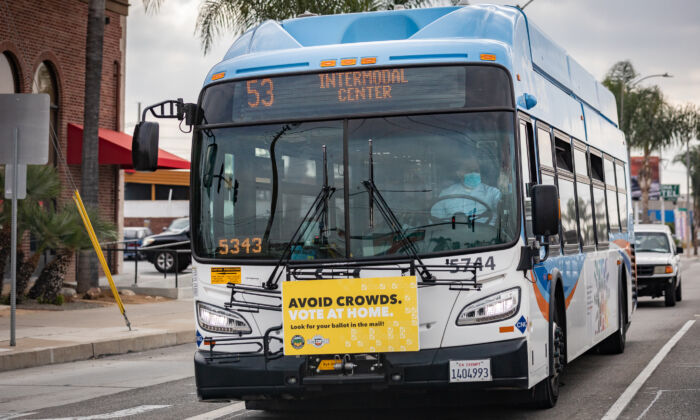 The Orange County Transportation Authority (OCTA) sent a letter to Gov. Gavin Newsom on Feb. 10 asking him to prevent a strike by its own bus drivers.

The transportation authority is urging the governor to appoint a board to investigate a labor contract dispute involving 600 bus drivers, in an effort to “protect the thousands of community members” who have no other means of transportation.

“We at OCTA want to do everything we can to avoid a strike, and any interruption to bus service would be extremely detrimental to our community,” OCTA Chairman Mark Murphy said in the letter. “We value the essential service that our coach operators perform and we want to continue to negotiate in good faith for the benefit of them, their families and all of our bus riders who rely upon our service.”

The governor can appoint a board to investigate the matter if he determines the strike would “significantly disrupt public transportation services and endanger the public’s health, safety, or welfare,” according to the letter.

The board would have seven days to make a written report on the matter, during which time a strike is prohibited. After the report is received, the governor could request the Attorney General to petition an Orange County court to invoke a 60-day strike “cooling off” period.

If the drivers do go on strike, and the governor does not step in, bus routes that carry 75 percent of daily passengers would no longer be able to operate, impacting thousands of residents, according to OCTA.

Additionally, 85 percent of riders use OC Bus as their primary means of transportation, and half of riders have an average household income of less than $50,000.

“OC Bus is a lifeline for those in our community who have no other way to get work, to shop, to get to school or to access medical care,” OCTA CEO Darrell E. Johnson said in a statement.

“Asking the State to intervene is not something we take lightly but for the well-being and safety of our passengers, it’s critical we take all necessary measures to avoid disruptions to bus service.”

The strike could begin as early as Feb. 15, after Teamsters Local 952, the union representing the drivers, and OCTA failed to agree on a new contract after the original contract expired in April. The union and OCTA have met nearly 40 times over the last year in an attempt to come to a new settlement.

Teamsters 952 and a spokesperson from the governor’s office were not immediately available for comment.