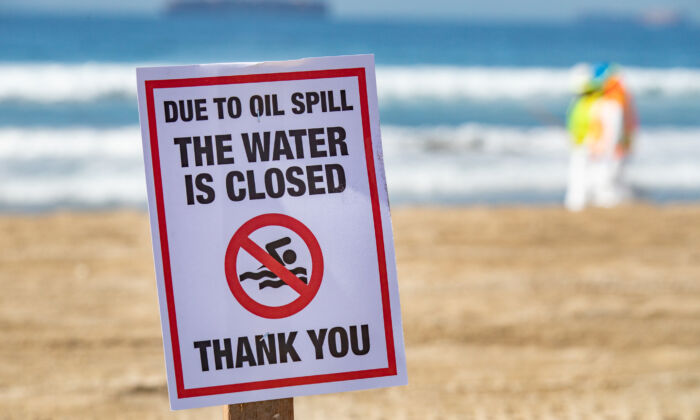 SANTA ANA, Calif.—Orange County supervisors voted on July 26 to accept nearly $1 million from Amplify Energy to cover expenses incurred responding to the oil spill off the waters of Huntington Beach in October.

The supervisors voted 4–1, with Supervisor Andrew Do dissenting, to accept $956,352 from the oil company to cover expenses related to the emergency response and cleanup efforts.

“We basically have made whole in terms of our expenses, which was the goal—to get reimbursed for all of our expenses related to the oil spill, and those expenses are nearly $1 million, so it was a very effective, timely turnaround to get the county reimbursed,” Supervisor Katrina Foley told City News Service.

Do said he voted against the settlement because it could leave the county potentially liable for more uncovered expenses down the line.

“Getting $900,000 or even $1 million for potential claims to come down in the future is peanuts,” Do told City News Service. “If we have lawsuits in the future and cannot go to Amplify to indemnify us then $1 million in legal fees will be gone in six months. I think it’s premature. The incident happened about 10 months ago. Until we see with more clarity the number of claims, but also the type of claims, we also have to keep in mind we might have claims that might not materialize for years to come.”

Foley said she felt comfortable that the risk of any future claims would be low. A statute of limitations on most claims has already passed, she added.

“I think it’s a win for the taxpayers,” she said. “We got the cleanup done … It’s a good settlement for the county.”

The settlement removes the county from the federal litigation before U.S. District Court Judge David Carter in Santa Ana.

Amplify Energy owns the oil rig that spewed thousands of gallons of crude into the waters off Huntington Beach last October. Federal investigators have said it appears the pipeline was damaged by a ship’s anchor likely belonging to one of dozens of cargo ships that were backed up in traffic over several months outside the Los Angeles-Long Beach port complex.