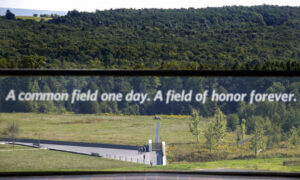 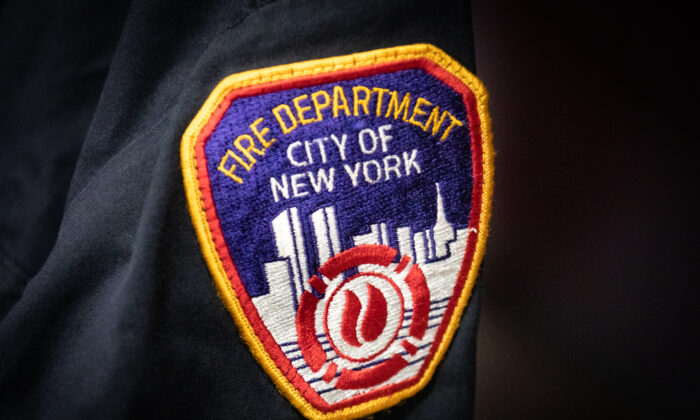 To commemorate the 20th anniversary of the 9/11 terrorist attacks, personnel from the Orange County Sheriff’s Department and a surviving family member who were all involved in the aftermath of the attack recently came together in Tustin, California, to discuss their surreal experiences and how their lives are still affected by them.

Tom Frost was at his job with Southern California Edison in the early morning of Sept. 11, 2001, when his daughter, Lisa Frost, called him from a payphone at Gate 19 at Logan International Airport. She was coming back to Rancho Santa Margarita after graduating from the Boston University School of Hospitality as valedictorian a few months prior.

Informing him that she had made it to the airport just in time for her flight, United Airlines 175, which would take off in a few minutes, the two confirmed that Tom would still be picking her up from the Los Angeles International Airport (LAX) in a few hours.

“Love you, too,” Tom said before they hung up.

That would be the last time the two ever spoke.

A few hours later, Tom got a call from one of his coworkers telling him to turn on the TV after American Airlines flight 11 had hit the north tower of the World Trade Center.

Seventeen minutes after the first plane hit, Tom saw the flight his daughter was on fly into the south tower on live television.

“I watched the plane come out on the left side of the TV screen and crash into the building,” he said. “And my first impression was this can’t be real, this has got to be Hollywood or something. And about that time, the announcement came out that it was a nonstop from Logan to LAX and my heart stopped.”

Throughout the past 20 years, Tom has done everything he can to represent his daughter and continue her legacy—even referring to himself as “Lisa’s dad” when meeting people. To honor her, Tom frequently gives speeches around this time of year, has helped to develop two scholarships in her name—one at Trabuco Hills High School and the other at Boston University—and has worked to have a student lounge at Boston University dedicated to her.

Tom said he would like people to remember Lisa as someone who got along with everyone she met, who would help anyone she could, and who was driven to be the best that she could be.

After the attack, Tom never expected searchers to find anything of hers in the rubble, but that changed one fateful morning.

“Considering the orange ball that her plane turned into I saw on live TV, which is something I’ll have to live with for the rest of my life, I thought they would never find anything of Lisa,” he said. “It was a week before the one-year anniversary that the Rancho Santa Margarita Sheriff showed up on my porch and told me that they had found three DNA matches for Lisa. At that time, I was amazed.”

Since then, one more DNA match of Lisa’s has been found, along with her credit card.

Also present to share his experience was Reserve Sgt. Bob Wank, who worked with the Orange County Sheriff’s Department from 1986 to 2016. Wank, along with his K-9 partner Aris, was deployed as part of the Federal Emergency Management Agency to the area after the attacks to search the rubble for people who might still be alive.

“When we landed at an airport in New Jersey, we were bused into Manhattan, and on the way in, I could see—I’ve never been to New York before—but I’ve seen pictures of the skyline and the twin towers are historical. They’re in a lot of movies and everything, and not seeing them there and seeing smoke rising from that area, just really the reality started to set in for what I was about to see,” Wank said.

“As I walked on the pile that first night with my partner Aris, we noticed that there [was] still smoke rising from several areas in the pile, and it was still warm to the touch. And I just looked out over the immense devastation and just thought to myself, ‘Wow, this one building was 110 stories of steel, office equipment, people, and all that’s left is this concrete and steel that I was walking on.’ It was surreal.”

Wank recalled Aris and two other dogs alerting to a live person, possibly in critical condition, in one area of the rubble, but due to nearby scaffolding that was estimated to have a high likelihood of falling down, searchers had to be called away from the area.

“We later found out that there [were] some deceased people recovered from that area days later,” Wank said. “So we don’t know if they were clinging to life in those last few days or what, but they were definitely indicating live human scent below the pile at that time. … It was frustrating, to say the least, that we weren’t able to actually search out that alert.”

Wank said that 20 years later, he’ll never forget how incredible it was for all Americans to come together during a time of need.

“The thing that I take away from it also 20 years later is how people came together, how everybody worked together. They put aside their opinions and thoughts, and there was one goal and that was to locate victims,” he said.

“The public greeted us literally with signs as we drove into the pile every day in our van, standing on the street saying, ‘You’re heroes,’ and I didn’t feel like a hero, that’s for sure. But I was at least thankful to be able to provide some relief during my search in there.”

Despite both being from Orange County, Frost and Wank never knew one another until September 2019. Wank, who had decided to become a flight attendant for JetBlue, was working out of Boston Logan Airport and was the “number one,” meaning he was the person at the front of the aircraft who greets everyone as they come on board.

Frost was one of the passengers aboard that flight, who had just come from a dinner banquet at Boston University. He complemented Wank’s 9/11 pin, something given to all California first responders who helped with the 9/11 search. Wank noticed a pin that Frost was wearing on his hat of Lisa, which prompted the two to get to know each other throughout the flight.

“We began talking and I mentioned the fact that the jet bridge that he just walked on, was the same one that his daughter walked on, on that fateful day,” Wank said. “They still fly an American flag over that jet bridge, even though it was taken over by JetBlue. It was the United Airlines gate of that time. So it just gives me chills every time I think about it on how we met, and we just hit it off from there.”

Kathleen Kooiman, a senior chaplain for the Orange County Sheriff’s Department (OCSD) who started her career by providing spiritual services for 9/11 members, and her daughter, OCSD Deputy Jamie Canett, also spoke about how much the events of 9/11 affected their lives.

“[After arriving on scene,] we started talking to people down in the pit immediately from NYPD, NYFD, the Port Authority Police, ironworkers, and steelworkers, and we had just started being chaplains,” Kooiman said. “And the smell. I’ll never forget, I’ve never had that scent or smell since. But the massive devastation was very overwhelming.

Kooiman also helped sort through the rubble at Fresh Kills Landfill, where it was transported from Ground Zero to find personal items or DNA matches and was the same area where Lisa Frost’s DNA matches and credit card were found.

Kooiman is Canett’s mother, and she brought Canett with her to Ground Zero when the latter was just 18 years old, which inspired her to eventually become a sheriff’s deputy in Orange County.

Canett recalled being at the scene and serving food to workers when a bell went off, which meant that workers going through the rubble had found another body. A firefighter had been found, collapsed under the rubble with his flashlight still on, a moment that Canett said changed everything for her.

“That moment was where that fire ignited inside me. And I knew that being a deputy was what I wanted to do, that it was my calling. So that is why I’m sitting here now. I’m the deputy sheriff with the Sheriff’s Department, and it’s my passion. And it all started from that moment.”

That all Americans came together after the terrorist attack to help for the common good was something that gave all four of them hope going forward—and it’s something they thought the country could use more of in the current moment.

“Maybe just this week, people put their differences aside,” Tom said. “And maybe … just this week, we act like it was 20 years ago and hopefully, it’ll continue on. That’s all we can do and pray that it does.”