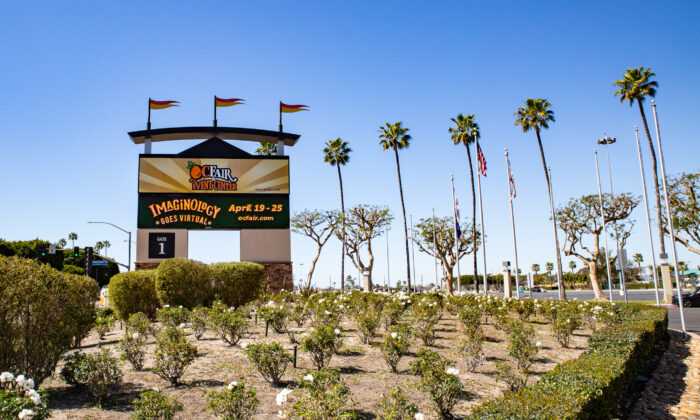 COSTA MESA, Calif.—The Orange County Fair and Event Center’s board of directors is considering site renovations, costing an estimated $110 million, but residents are concerned it may be too costly.

The renovations are part of the OC Fairgrounds’ master site plan, which consists of updating key sites on its grounds in Costa Mesa, including expanding the administration building, building a parking structure, and upgrading both the Pacific Amphitheatre and “AgriPlex” area (where barns, animals, and storage are located).

Construction will take place over a span of 10 years with an estimated $110 million price tag—and that’s just based on costs from 2018 metrics. According to OC Fair board members, inflation could drive these costs even higher.

“How are we going to pay for this?” one resident asked during public comments.

Concern largely stemmed from OC Fair revenues plummeting during the height of the pandemic, as well as the possibility of a repeat amidst another COVID spike.

If revenues were to drop again, the added cost of the new master plan would compound costs substantially.

“Just think carefully about the financing for this project,” that same resident stated.

OC Fair and Event Center spokeswoman Terry Moore told The Epoch Times that nothing from the master site plan has been approved yet. Staff are still in the deciding stages of which projects will move forward from the proposal, with no date set for approval yet.

Because OC Fair and Event Center is a state agency, the entire property is state-owned. Thus, despite its name and location in Orange County, the entire state of California is liable for OC Fair’s potential $110 million master plan costs if approved.

The OC Fair and Event Center will be giving residents the opportunity to share their input on the master site plan through an online form on their website at a later date. The form will be under the public information tab of the agency’s website.

Below is the full list of all projects being considered by the OC Fair Board. All projects will take place at OC Fairgrounds on Arlington Drive and Newport Boulevard in Costa Mesa. Items not recommended by the board are noted below:

With the OC Fair starting July 15, several high-profile entertainers are already scheduled, including Trevor Noah, Jim Gaffigan, I Am King, Kool and the Gang, and more. The venue is still in the process of booking additional talent.