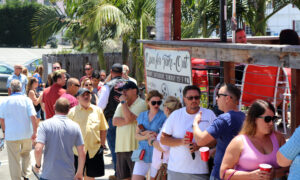 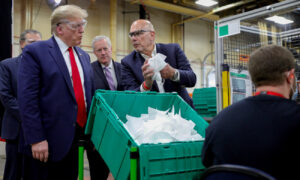 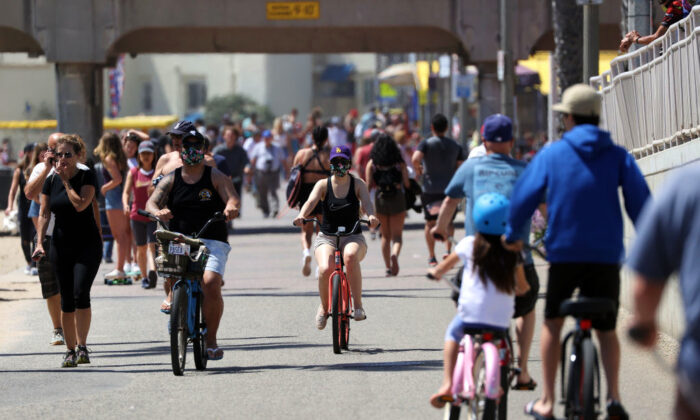 People ride and walk on a path in Huntington Beach, Calif., on May 15, 2020. Michael Heiman/Getty Images
Southern California

May 20 was the worst day for the number of newly reported cases of COVID-19 in Orange County since the pandemic began. But the situation in Orange County toward the end of May and into June has been relatively promising.

Just one day after the dire announcement, Board of Supervisors Chairwoman Michelle Steel said at a press conference, “In comparison to all our neighboring counties and a state as a whole, Orange County has some very promising numbers. Per 100,000 confirmed cases, Orange County has the lowest rate of confirmed cases in comparison to our neighboring counties.”

Since then, San Diego has lowered its number of cases below Orange County. But it’s the only one of Orange County’s neighbors with fewer cases per capita, according to data compiled by the L.A. Times.

Even still, the county fails one of the tests of stability officials are watching as they decide how to guide reopening. The goal is to have less than 25 new cases per 100,000 residents in a two-week period. Orange County had 61.2 per 100,000 over the course of the last week of May and first week of June.

A slight uptick in hospitalizations in early June has been attributed in part to a gradual relaxation of stay-at-home orders and possibly an increase of gathering during protests.

The county’s chief health officer, Dr. Nichole Quick, told the Board of Supervisors on June 2 that there has been a rise in community transmission since stay-at-home orders have been relaxed. Hospitalization rates “have been trending up.”

Nonetheless, the amount of increase in hospitalization has been low enough that it’s considered “stable” by metrics officials are using to evaluate how the counties are doing.

He urged protesters to maintain social distancing and wear masks.