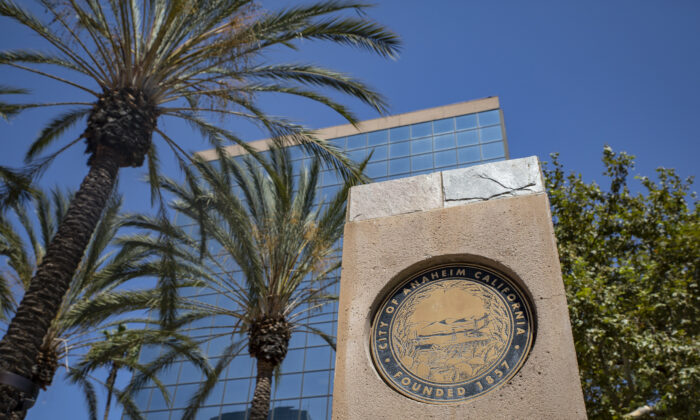 Some Democrats are calling for Melahat Rafiei, the former head of the Orange County Democratic Party and current secretary of the California Democratic Party, to resign after it was revealed she was arrested by the FBI on suspicion of bribing public officials in 2019 prior to her involvement as a cooperating witness in a corruption probe.

Rafiei told local media on May 19 that she is “Cooperating Witness 1” known as “CW1” in a criminal complaint filed this week in a U.S. District Court. The complaint alleges CW1 was involved in planning bribery schemes in Irvine and Anaheim.

In Anaheim, the investigation led to the arrest of former Anaheim Chamber of Commerce CEO and president Todd Ament and has prompted calls for Anaheim Mayor Harry Sidhu to resign over alleged corruption in the sale of Angel Stadium.

The complaint against Rafiei “was dismissed without prejudice at the request of the government,” according to the FBI report.

However, FBI agents suspected Rafiei “omitted material facts to investigators” throughout the FBI probe, including additional instances where she “offered to pay bribes to elected public officials.”

“Based on the government’s interaction with CW1 and CW1’s counsel, I believe CW1’s motive for cooperating in this investigation was to receive leniency for the federal criminal violation CW1 was originally arrested for, as well as other possible criminal conduct. The government has not made any promises of leniency to CW1 or CW1’s counsel,” FBI Special Agent Brian Adkins stated in his affidavit, filed on Monday.

“CW1 and the government have not been able to reach an agreement on a pre-indictment resolution, and at this time, there is no further cooperation expected.”

Rafiei, who runs Progressive Solutions Consulting, is a well-known political consultant in Orange County and has worked on several election campaigns, including Irvine Mayor Farrah Khan’s campaign, who did not respond to an inquiry on Friday.

Rafiei could not be reached for comment on Thursday and has not responded to multiple inquiries.

Kathleen Treseder, a Democrat running for a seat on Irvine City Council, told The Epoch Times Friday that Rafiei should step down from her high-profile role in the Democratic Party.

“I think that she should resign immediately. The bribery scheme, if true, is corruption which harms the community,” Treseder said. “Elected officials, they can’t look out for the best interests of the community, if they’re being paid to make decisions that oppose those best interests. It’s as simple as that.”

Treseder posted on Facebook an excerpt from the FBI report that reveals Rafiei, a cannabis consultant, schemed to solicit money from two cannabis dealers “with the intention of paying bribes to two elected members of the Irvine City Council in exchange for the Council Members performing official acts, resulting in the passage of favorable cannabis laws.”

“Let me tell you something,” Treseder wrote on Facebook. “If I’m elected to Irvine City Council and someone tries to bribe me, I’ll say ‘no’ and contact the FBI. You should be able to trust your elected officials to look out for the best interests of the community.”

Several Democratic sources told The Epoch Times that many Democrats have called for Rafiei’s resignation, while others are staying silent and taking a wait-and-see approach to the situation before passing judgement.

Ada Briceño, chair of the Democratic Party of Orange County, has called for Rafiei to step down as state party secretary as well as all her other positions in the state, including the OC Fair Board—to which she was recently appointed by California Gov. Gavin Newsom, according to the Voice of OC.

“The Democratic Party will never condone misconduct. I trust the facts will come out in due course and the Democratic Party of Orange County supports a full investigation of corruption against any individual,” Briceño told the Voice of OC. “I think she should resign.”

Irvine City Councilman Larry Agran, a Democrat, declined to give his opinion on the matter.

“I have no comment,” Agran said. “I’m just simply trying to absorb … the various reports about what may or may not have transpired here.”

Former Irvine councilwoman Melissa Fox, also a Democratic Party member, could not be reached for comment on Friday.