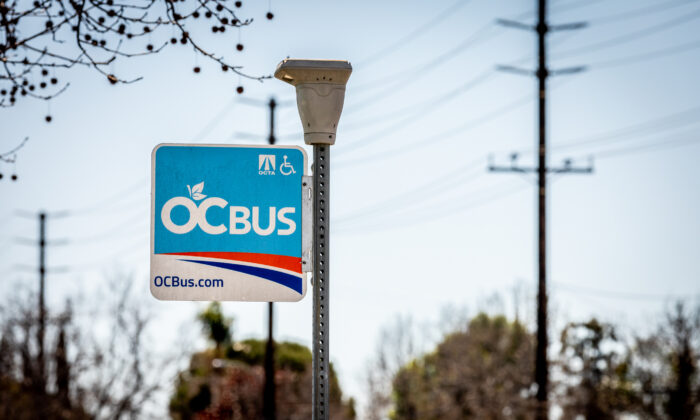 ORANGE, Calif.—A strike by Orange County bus drivers is looming as negotiations for a new contract continue to stifle on Feb. 14, though one more meeting is planned between the union representing the drivers and their employer, the Orange County Transportation Authority (OCTA).

The final meeting, set to happen Monday afternoon, will be “a last-ditch effort” for the transportation authority to negotiate a new contract with Teamsters Local 952, which represents about 600 Orange County Bus drivers, the union’s spokeswoman, Margie Stites, told The Epoch Times.

The drivers’ last contract expired in April 2021, and the opposing sides have failed to come to a new contract after meeting nearly 40 times, according to OCTA.

“It’s one final last effort to try to come to an agreement because nobody wants to strike. We know it’s going to be a hardship for our members, a hardship for the riding public. We’re trying. That’s all we can say,” Stites said.

The union held a rally outside of the OCTA headquarters in Orange during the transportation authority board meeting on Feb. 14, signaling what’s to come for the strike if both sides cannot agree on a new contract.

During the Feb. 14 transportation authority board meeting, OCTA CEO Darrell Johnson said he hoped a deal could be reached Monday, yet OCTA notified the public about the strike to prepare them to make alternative travel plans if necessary.

“Our management team did continue negotiations with Teamsters 952 on Saturday along with mediators from the Public Employment Relations Board, but no resolution was reached,” Johnson said. “We are returning to the table today with the mediators and our goal remains to reach a deal that is rewarding to our coach operators and is competitive in the marketplace as well as being responsible to taxpayers.”

“I want to assure the public that we’re doing everything we can to prevent a strike,” he added.

In a statement released by Teamsters, they noted they met with OCTA representatives five days last week, for discussions they called “lengthy and unproductive.”

“We are doing everything we can to make sure we reach a deal rather than go on strike,” union Secretary-Treasurer Eric Jimenez said in a statement. “This included agreeing to a state mediator to intervene to get the talks moving in a positive direction.”

According to the union, OCTA still “hasn’t budged on guaranteed lunch and break periods.”

“They have the ability to go back to the Board of Directors and ask for approval to settle a deal and avert a strike that would adversely affect the public and punish their workers,” Jimenez pointed out. “It is time for them to do the right thing.”

The transportation authority sent a letter to California Gov. Gavin Newsom on Feb. 10 asking him to appoint a board to investigate the labor contract dispute, which would prevent the strike for at least one week, though an OCTA spokesperson said they have yet to hear back.

“OCTA has reached out to the governor’s office and remain hopeful that the state will intervene to prevent a disruption in bus service,” OCTA spokesman Eric Carpenter told The Epoch Times via email. “We have not heard back yet.”

“We began alerting passengers of the possibility of a strike last week through social media, traditional media and various other forms of electronic alerts in multiple languages. Unfortunately, if coach operators do strike, there will be a significant disruption to bus service throughout the county,” Carpenter added, noting that 85 percent of bus riders use OC Bus as their primary means of transportation.