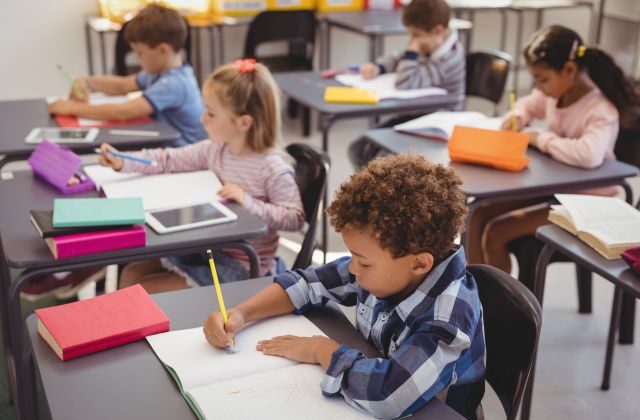 No society can function if there are no commonly accepted facts, principles, or values. This is why it is vital for schools to have a content-rich curriculum that ensures all students learn some things in common. (Shutterstock)
Canada

This was the question Pontius Pilate famously asked Jesus of Nazareth nearly two thousand years ago. Pilate was deeply uncomfortable with the objective truth claims made by Jesus and wanted to dismiss them.

On one level, Pilate’s question is easy to answer. Truth is any statement that corresponds to reality.

This is known as the correspondence theory of truth. Simply put, this theory emphasizes that truthfulness can be evaluated on the degree to which it matches, or corresponds to, objective reality. Hence, truth is objective, rather than subjective.

Not everyone accepts the existence of objective truth, however. Postmodernists, who typically reside on the political left, argue that truth is relative and that everyone has their own reality. This is where we get the notion that something can be true for one person but not for someone else.

It is also why we often hear “my truth” and “your truth” to describe different perspectives. To many people, truth is deeply personal, and no one has the right to impose “their truths” on anyone else. At first glance, this sounds like a tolerant and accepting philosophy, but it lacks logical coherence.

For example, anyone who desires to combat online “misinformation” has already embraced the correspondence theory of truth, whether they acknowledge it or not. That’s because the only way to label something as misinformation is if the facts show it to be objectively false. Truth is not merely a matter of opinion.

It is striking to see some left-wing thinkers suddenly jump on the bandwagon of objective truth. As a case in point, former NDP leader Tom Mulcair recently wrote that “the world of alternate facts may be comforting to many, but when it collides with the real world, they’ll quickly learn that truth and norms actually exist and that the common good must prevail.”

Many more left-wing politicians and thinkers have similarly rediscovered the reality of objective truth. This is a heartening development since postmodernism, as a philosophy, ultimately leads to an intellectual dead end.

A society where truth is a matter of opinion is not one that is going to last. No society can function if there are no commonly accepted facts, principles, or values. With postmodernism, that is where we were heading.

This is why it is vital for schools to have a content-rich curriculum that ensures all students learn some things in common. History courses need to teach the history of our country, including key dates, events, and people, and science courses must ensure that students learn important scientific facts, concepts, and theories.

Sadly, this is not happening as often as it should.

The degree to which factual knowledge is de-emphasized and even disparaged in educational circles usually comes as a surprise to most parents and taxpayers. After all, school is generally assumed to be a place where students learn specific knowledge and skills.

Unfortunately, progressive educators remain enamoured with the notion that students should create their own knowledge rather than learn the knowledge developed by experts in their fields. This is where failed innovations, such as discovery math, whole language, and open-area classrooms, have found their root.

At the heart of many of these fads is the bizarre notion that there is little need to impart specific factual knowledge to students.

The solution is not to mandate more lessons about “critical thinking skills” or more so-called media literacy courses. Instead, students need to be immersed in a content-rich learning environment right from the beginning of kindergarten to the final day of Grade 12. This means ensuring that students learn lots of facts and commit many things to memory.

If we want students to actually understand how our government works, they need to learn the basics of parliamentary democracy and levels of government. There are real facts out there about our country and we must ensure that students know them. Truth is a reality we can discover, not a personal opinion we cling to even when all the evidence contradicts it.

Objective truth is finally making a comeback. Let’s make sure we help students learn the difference between truth and fiction.