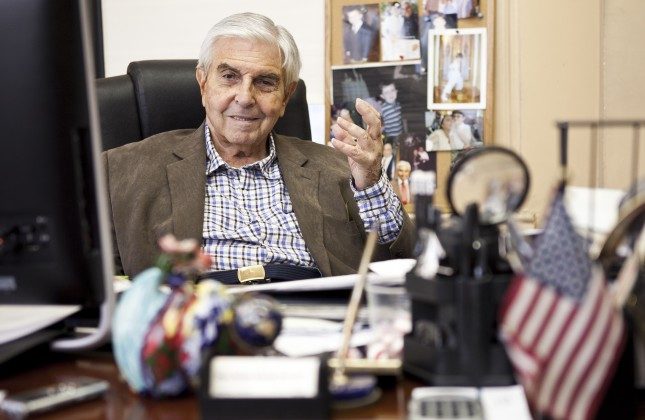 Sheldon J. Kravitz, a legendary businessman in the media advertising industry, passed away on Saturday, Oct. 3.

He grew up in Brooklyn during the jazz era, where he dreamed of becoming a trumpeter.

He received his bachelor’s at Baldwin-Wallace college in Ohio in 1951. In college, Mr. Kravitz acquiesced to his father’s medical ambitions for him.

“[M]y father wanted me to become an eye surgeon, like him,” he told the Epoch Times in 2013. “He wanted me to take over his practice.”

Kravitz eventually confessed to his father that he could not stand the sight of blood. His father tried to convince him to try cardiology or internal medicine, but to no avail.

Kravitz went on to perform as a professional trumpeter. He played for Vincent Lopez’s orchestra and became friends with Frank Sinatra, Dean Martin, and Sammy Davis.

“I quickly realized that you couldn’t make any money … the only way to make big money was to play in the studio, and there weren’t that many opening,” he said in 2013.

After his 3-year music stint, he left the music industry to study law at New York University. He then worked as a lawyer until 1961, when he met a client who specialized in fashion advertising.

“They offered me an executive vice president position and so I went for it,” he said. “Too many unsavory things bothered me in law.”

As a big name in the ad agency business in the 1960s, he was truly an original “Mad Man.”

Mr. Kravitz went on to do advertising work for Solow-Wexton; Lennon & Newell; Cole, Fischer & Rogow; and other New York-based agencies. During his later years, he ran Plus Media Buying Services, a company he founded in 1993.

Mr. Kravitz is survived by his wife Lori, and their 15-year-old son Daniel, whom he enjoyed playing basketball with even though it hurt his hip.