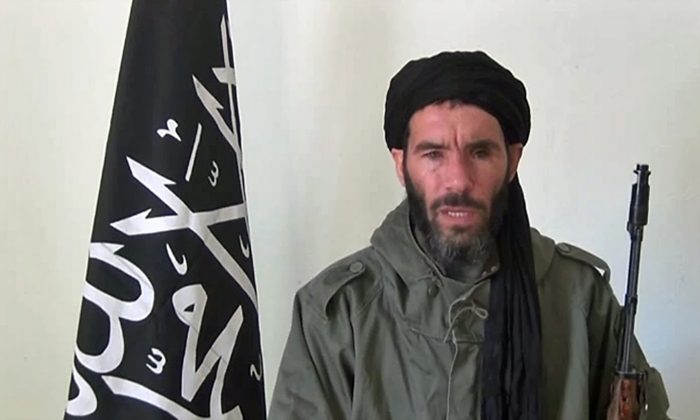 On October 1, 2014, a group of Middle East Institute (MEI) scholars met to discuss the issue of Obama’s legacy regarding Middle East policy, with a focus on prospects for his final two years in office. This paper, written by Steven Simon and the ninth in a series, discusses Obama’s legacy in regard to terrorism. The paper reviews the current state of play, describes the likely drivers and dynamics, points out opportunities and pitfalls, and offers conclusions.To read the capstone paper in the series by Allen Keiswetter, click here.

There have been few terrorist attacks against the United States at home during the Obama administration and only one unsuccessful plot attributable to an al-Qaeda affiliate. The rapid rise of ISIS, however, posed a challenge to U.S. interests in Iraq in the second term, which has impelled the administration to intervene militarily both there and in Syria. Since the vast array of social, economic, political, ideological, and identity-related factors that favor terrorist organizations will not recede during this administration, neither will the terrorist threat. The administration’s legacy in this area will hinge on whether today’s terrorist groups retain their local focus or shift their sights to the U.S. homeland, and if they do, how effective homeland defense in combination with intelligence operations, airstrikes, and international cooperation prove to be.

The United States currently faces terrorist threats to its interests from a range of regional actors. They fall into the categories of al-Qaeda and its affiliates and their offshoots; jihadi groups that are not affiliated with al-Qaeda; radicalized Americans or emigres; and Iran and Lebanese Hezbollah.

The al-Qaeda affiliates have striven to attack the United States several times during Obama’s presidency. Although the evidence is fragmentary, they might have been involved in the 2012 attack on the U.S. diplomatic and intelligence installations in Benghazi. Al-Qaeda in the Arabian Peninsula (AQAP) was quite active, especially toward the beginning of Obama’s first term, attempting to down at least one, and probably more, aircraft in U.S. airspace with explosives disguised as, among other things, a printer cartridge, and with a bomb secreted in the undergarment of an al-Qaeda volunteer. Intelligence and luck evidently thwarted these attempts. AQ also tried to attack the New York City subway system early in Obama’s first term using an Afghan-American, Najibullah Zazi, who was taken into custody before he could act; the planners were subsequently killed by the United States in Afghanistan. So-called core AQ, that is the remnant of the al-Qaeda founded by Osama bin Laden and situated in the AfPak region, launched a devastating attack against the CIA base at Camp Chapman in Khost, Afghanistan, killing seven intelligence officers. The suicide bomber in this case was a Jordanian double agent.

AQ suffered a serious blow with the killing of bin Laden by U.S. forces in Abbottabad, Pakistan in May 2011. Overall, AQ has been weakened by the efforts of bin Laden’s successor, Ayman al-Zawahri, to expand AQ’s reach through affiliation with local jihadi organizations and his subsequent inability to control these affiliates, which have tended to march to the beat of their own drum. Zawahri’s deputy for Syria was killed by ISIS earlier this year.

The United States has not been the primary target of most jihadi groups during this period; they have generally persevered in local settings against proximate targets. In Syria, fighters from the Middle East and North Africa, Central Asia, and Eastern and Western Europe have joined Jabhat al-Nusra—an AQ affiliate—or ISIS, whose roots lie with jihadi resistance to the U.S. occupation of Iraq and the Shi’i Iraqis empowered by the overthrow of the Saddam Hussein regime. Both al-Nusra and ISIS have taken on the attributes of guerilla armies rather than AQ-style cellular networks, and both are under attack by U.S. and allied air forces as of late 2014.

Al-Qaeda in the Maghreb (AQIM) emerged as a major player on the African Mediterranean rim, especially after the overthrow of Muammar Qaddafi in 2011. The civil war and collapse of state capacity created significant opportunities, particularly for Libyans who had left the country years before, both to escape Qaddafi’s suppression of Salafi activism and to join the jihad in South Asia. AQIM was also involved in a jihadi attempt to seize northern Mali, which was blocked by French and African intervention, although scattered attacks in that area as well as Niger and the Sahel continue. AQIM was not the only jihadi presence in that part of the broader region. In late 2012, Mokhtar Belmokhtar, a legendary AQIM commander, split from the group to form Al Murabitoun, which besieged the Tiguentourine gas facility near Amenas in Algeria in 2013, holding about 800 employees hostage and eventually killing 39, including three Americans. Also in 2013, this group assailed a Nigerian military base and French uranium mine. Another group, Ansar al-Shariah, has also been active in Tunisia, where it has attacked tourist sites, and in Benghazi and Darnah in Libya. These activists are not AQ affiliates but are clearly energized by the same ideological current.

The majority of the hundred or so AQAP attacks in the past year have been aimed at Yemeni targets. Its leader, Nasser al-Wuhayshi, has been selected by Ayman al-Zawahri as the deputy commander of core AQ, and is clearly committed to attacking the “far enemy,” the movement’s name for the United States. AQAP has both the capability and intention to continue targeting U.S. interests.

The Sinai Peninsula emerged as a significant magnet for terrorists in the wake of the 2011 revolution in Egypt. Ansar Beit al-Maqdis targeted the Egyptian leadership, law enforcement and military personnel, as well as Israel. Palestinian terrorist organizations also launched thousands of rockets and mortar rounds against civilian targets in Israel in both 2012 and 2014, sparking destructive rounds of fighting in both years.

Continue reading this article at the Middle East Institute. Republished with permission from the MEI.

Steven Simon is a Senior Fellow at The Middle East Institute. He previously served as senior director for Middle Eastern and North African affairs at the White House from 2011 through 2012. He applied his extensive expertise on national security and terrorism as executive director of the International Institute for Strategic Studies (IISS-US) and corresponding director of IISS-Middle East. He was also previously a Hasib J. Sabbagh senior fellow in Middle Eastern Studies at the Council on Foreign Relations and an adjunct professor of security studies at Georgetown University.