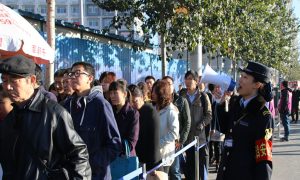 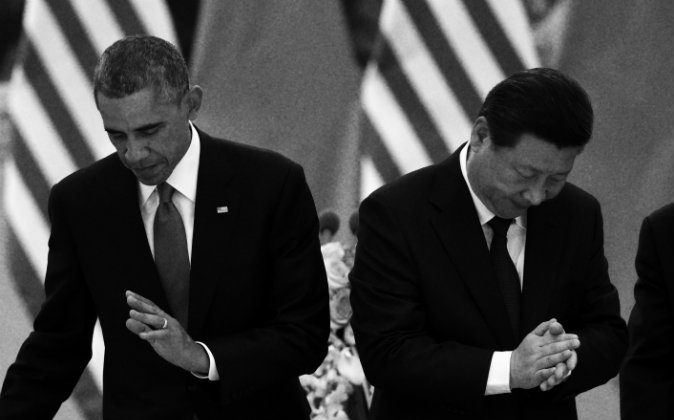 US President Barack Obama (L) returns to his seat as Chinese President Xi Jinping applauds after they drank a toast at a lunch banquet in the Great Hall of the People in Beijing on Nov. 12, 2014. (Greg Baker/AFP/Getty Images)
China

U.S. President Barack Obama’s statement calling for open internet, made at this year’s Asia Pacific Economic Cooperation (APEC) summit in Beijing, was immediately censored by the propaganda arm of the Chinese communist regime.

On Nov 11, Obama said that “Steady, sustainable growth requires promoting policies and practices that keep the Internet open and accessible.”

On the same day, the Propaganda Department of the Chinese Communist Party issued an order to all Chinese websites forbidding them from posting or publishing the American president’s statement.

China’s communist leadership maintains a strict policy of internet censorship, and the period in which the APEC summit is being held is no exception. Apart from a few select areas housing the foreign delegations, in which some foreign sites are allowed, the rest of Beijing has been subjected to heavier-than-usual online policing.