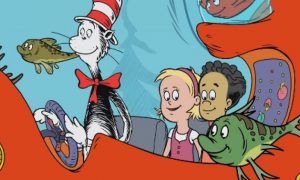 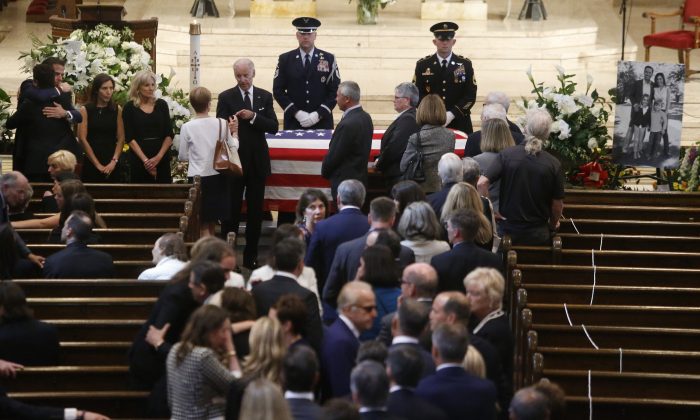 WASHINGTON— Vice President Joe Biden will mourn his eldest son at the funeral for former Delaware Attorney General Beau Biden, whose death to brain cancer one week ago triggered an outpouring of grief in Delaware and beyond.

President Barack Obama, accompanied by his family, was to deliver remarks during the full Catholic Mass honoring Beau Biden in Wilmington, Delaware, where political luminaries like Hillary Rodham Clinton and former President Bill Clinton were also gathering to pay their respects. Biden’s two surviving children — Hunter Biden and Ashley Biden — were also to remember their brother, as was Gen. Ray Odierno, the former top U.S. commander in Iraq, where Beau Biden was once deployed.

St. Anthony of Padua Roman Catholic Church typically seats less than 1,000 people, but portable seats were being added to accommodate what officials expected to be a massive showing by politicians and Delaware residents alike.

The funeral for Beau Biden, who died at age 46, caps three days of public mourning in which the vice president and his family have been both the consolers and the consoled.

Beau Biden’s casket lay in honor in the state Senate chamber on Thursday ahead of a public viewing at St. Anthony on Friday. On each day, seemingly endless lines of people streamed through to greet the vice president, whose solemnity at times gave way to his characteristic humanity as he greeted familiar faces with a broad smile, a lingering hug or a fond memory of his son.

The vice president, whose wife and daughter were killed in a car crash four decades ago, developed a reputation over the years for possessing a deep ability to comfort those in grief, and is often called upon to eulogize fellow American leaders. Saturday’s Mass honoring his own son is a reversal of roles of sorts for Biden, who in 2012 spoke of his son’s service in Iraq as he comforted a group of grieving military families.

A prominent political figure in his own right, Beau Biden served two terms as Delaware’s attorney general before setting his sights on the governor’s mansion. Many imagined his career would mirror that of his father, who represented Delaware for decades in the U.S. Senate before becoming vice president.

But in 2010, at age 41, Beau Biden suffered a mild stroke, then was diagnosed with brain cancer three years later. He returned to work after what doctors said was a successful operation to remove a small lesion, but his illness returned, and he died last Saturday — less than two weeks after being admitted to Walter Reed National Military Medical Center for aggressive treatment.

His death drew passionate expressions of sympathy from across the American political spectrum, the sense of sadness heightened by the sheer enormity of tragedy that the Biden family has endured over the years. It was just weeks after Joe Biden was first elected to the Senate in 1972 that Beau, then 3 years old, and his younger brother, Hunter Biden, were injured in the car crash that killed their mother and infant sister.

White House officials said the choice of Obama to deliver remarks reflected the tight personal relationship that Joe Biden and the president have developed after more than six years together in the White House. In the hours after Beau Biden died, Obama called the vice president to offer his condolences and was invited to give the remarks.