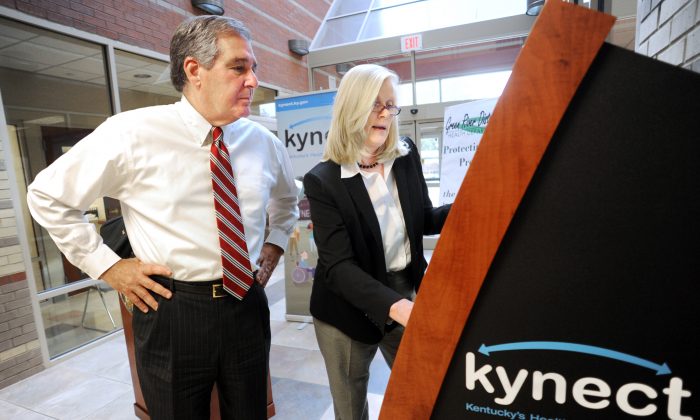 The Affordable Care Act (ACA) is complex, valuable, and imperfect, according to Henry J. Aaron. He is a senior fellow in Economic Studies, at the Brookings Institution.

It is so complicated because of decisions legislators made when they were crafting the law. Even the crashing websites and long phone waits of the first day of the health care exchanges came from the complexity, he said.

Writing the software for the websites where people get information and enroll in health care exchanges was tremendously complicated because of all the varied individual options. In his opinion, that is one reason for the many glitches on the first day. The other is high demand.

For example, California’s health insurance website had 514,000 visitors on its first day, according to Covered California spokesman Oscar Hidalgo. “No matter how you count it, we had an enormous amount of interest,” Hidalgo said.

In addition, the state’s service centers in Concord and the Sacramento suburb of Rancho Cordova received 19,000 telephone calls Tuesday.

The state of Washington’s new health insurance exchange seemed to be running more smoothly Thursday, its third day of operation, after programmers made technical improvements.

Comments on social media were still dominated by complaints, including slow loading times and trouble completing online applications. But some Washington residents were starting to say they got through online and have checked out their options.

Massachusetts had similar confusion and mistakes when it opened its health care exchanges, said Aaron. They were resolved. “Insurers, businesses, and unions wanted to make it work. Their attitude was ‘We have problems, lets make it work,’” said Aaron.

States have wildly different percentages of uninsured people, and 60 million Americans have no insurance. That 60 million can sign up any time before Dec. 23. People who have employer-based insurance, Medicare, Medicaid, and Veterans’ benefits are meant to keep what they have.

“Congress made a decision that they were not going to overturn existing health care,” he said. They decided to build on top of an existing structure of multiple insurers and government benefits, instead of dismantling the existing system. Because “political divisiveness preceded and followed enactment” of the ACA, there was no opportunity to craft a simpler, more practical bill, that irons out technical problems.

An egregious problem with the law as it exists is that some people with low incomes are left out of the intended universal coverage of the ACA, according to Aaron.

The ACA at first required all states to expand Medicaid, so that people with incomes up to 133 percent of the poverty line could enroll in Medicaid. The Supreme Court decided to make the Medicaid expansion optional for the states. In states that chose not to expand Medicaid, “it opened a gap,” said Aaron. “It’s really scandalous that people with income so low should be denied healthcare,” said Aaron.

People whose incomes are 133 percent of the federal poverty level also have incomes too low to get federal subsidies to buy health insurance. Yet their incomes are too high for Medicaid.

Though technically the law requires everyone to enroll in some kind of health insurance, if the cost of the insurance is above a certain fraction of income, a person can be excused from buying it. That is the gap for those whose income is too high for Medicaid. They are likely to stay uninsured.

Unintended consequences like the Medicaid gap would normally be fixed in a legislative committee, said Aaron. But because the law was passed in such a partisan atmosphere, and because it is still so contentious, it is unlikely that legislators will be able to do that.