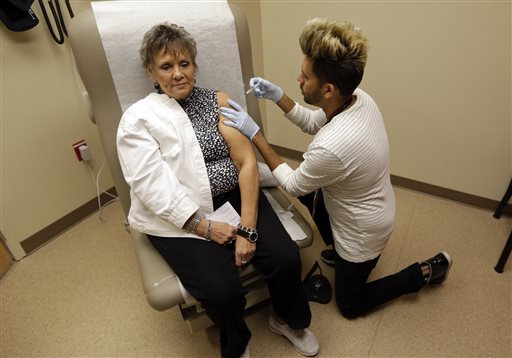 Obamacare Fines: Penalties You Will Face if You Don’t Sign Up for Insurance

In Obamacare, you will face a fine if you don’t have insurance, unless you qualify for an exemption.

The fines are also known as income tax penalty.

You can be exempt from Obamacare if you fall under one of multiple categories.

Exemptions include people who are in jail or prison; people who experience a hardship, such as being homeless or being a victim of domestic violence; and people for which the lowest-priced coverage (the bronze plan) exceeds eight percent of their household income.

Other imposed “fines” that are part of Obamacare:

-People making more than $200,000 will have Medicare payroll taxes increase from 1.45 percent of income to 2.35 percent.

-Small businesses with over 50 employees have to insure their employees or pay a penalty–$2,000 per employee

-An annual $63 fee levied by ObamaCare on all plans (decreased each year until 2017, when pre-existing conditions are eliminated) to help pay for insurance companies covering the costs of high-risk pools.

While Obamacare forces health insurance providers to not deny coverage for major health problems, it will take a while for insurance to kick in. In other words, you can’t just buy insurance when you need it.

However, the cutoff for coverage beginning in January is Dec. 15, a date that is worrying state officials.

There could be a “big bottleneck” around that December deadline, said Jon Peacock, research director of the Wisconsin Council on Children and Families.

“Waiting until then is really going to be a mess,” he said.

To help alleviate a possible crunch, the state sent notices last week to those expected to lose Medicaid coverage, telling them they may not be covered. The letters will be followed up by phone calls in October and a second notice in late November.

State officials and advocates are advising anyone who receives a notice to go to the marketplace now for a determination of their Medicaid eligibility. The federally run exchange uses the 2014 criteria and will direct them back to the state for Medicaid services if they qualify.

“Our goal is to have uninterrupted coverage for members, so we are pushing for individuals to enroll by Dec. 15,” state Department of Health Services spokeswoman Stephanie Smiley said.

The soonest anyone who misses the Dec. 15 deadline could have coverage begin is Feb. 1. Open enrollment continues through March 31. After that, unless there is a change in family status, employment, income or other qualifying event, no one can sign up for insurance until October 2014.

Obamacare Exemptions: Who is Exempt From the Affordable Care Act?

President Obama’s Tweet About Obamacare: ‘You can’t shut it down’