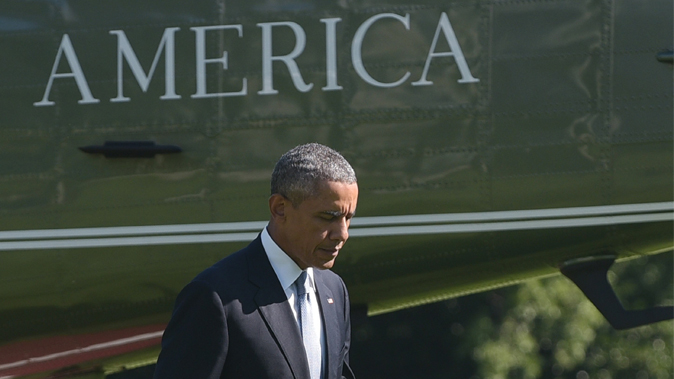 The issue of the Chinese regime sponsoring hackers to rob American companies in order to feed the Chinese economy is now reaching a boiling point. During remarks at the Sept. 16 Business Roundtable, a quarterly meeting of top CEOs, President Barack Obama gave a terse warning of where the Chinese cyberattacks could lead.

“Although the Chinese and Russians are close, we are the best at this, and if we wanted to go on the offense, a lot of countries would have some significant problems,” Obama said in a streamed broadcast.

He noted that while “we don’t want to see the Internet weaponized in that way,” if negotiations with the Chinese regime over its state-sponsored economic theft fail, the United States has other options.

The leader of the Chinese Communist Party (CCP), Xi Jinping, will visit the White House on Sept. 25, and Obama is expected to announce sanctions against Chinese companies that have benefited from the CCP’s state-sponsored cyberattacks.

The reach of such sanctions could be massive. Epoch Times recently revealed the scale of the system used by the CCP for its cyberattacks and economic theft, which stretches into nearly every sector of its society—from state offices, to its military, to state-run companies, and to its state-run universities.

We are prepared to take some countervailing actions in order to get their attention.
— President Barack Obama

In the United States alone, the Chinese military runs an estimated 3,200 front companies dedicated to technology theft, according to a 2010 report from the U.S. Defense Threat Reduction Agency.

While some experts have questioned whether Obama will go through with the sanctions, Obama reiterated his intentions during the roundtable. He said cybersecurity “will probably be one of the biggest topics I discuss” with Xi.

“We are preparing a number of measures that will indicate to the Chinese that this is not just a matter of us being mildly upset, but is something that will put significant strains on our bilateral relations if not resolved,” Obama said.

“We are prepared to take some countervailing actions in order to get their attention,” he said, adding “my hope is that something can get resolved short of that.”

Obama emphasized several times that cybersecurity is not an easy issue to address. The Internet wasn’t invented with security in mind, and any regulations for cybersecurity likewise affect other areas such as digital rights and online law enforcement.

Regulations that would protect data, for example, could be used by terrorist organizations or criminals to conceal information from law enforcement.

Regulations that would give government a stronger role in online security would likewise be hard-won. Thus, the current role of the U.S. government in private security has taken the form of voluntary cybersecurity programs that private companies can join, which blend public and private services.

“We’ve created a process around which we’re seeing if we can square the circle,” Obama said.

In a world of cybercrime and hacker activists, the CCP has likewise added another level to concerns of major companies around cyberspace. Heads of companies are faced with the reality that trained soldiers are targeting their networks.

One hurdle Obama will need to overcome, to address the CCP’s use of military hackers, is the line being trumpeted by Chinese state media, which accuses the United States of conducting the same operations.

Obama addressed this issue, noting the concern with Chinese hackers is that they’re not just spying, like the NSA does, but rather robbing American businesses to benefit Chinese companies.

“We have repeatedly said to the Chinese government that we understand traditional intelligence gathering functions that all states, including us, engage in,” Obama said.

“But that is fundamentally different from your government or its proxies engaging directly in industrial espionage and stealing trade secrets, stealing proprietary information from companies,” he said. “That, we consider an act of aggression that has to stop.”