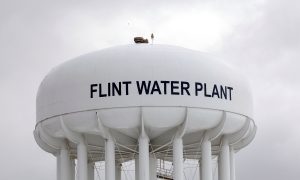 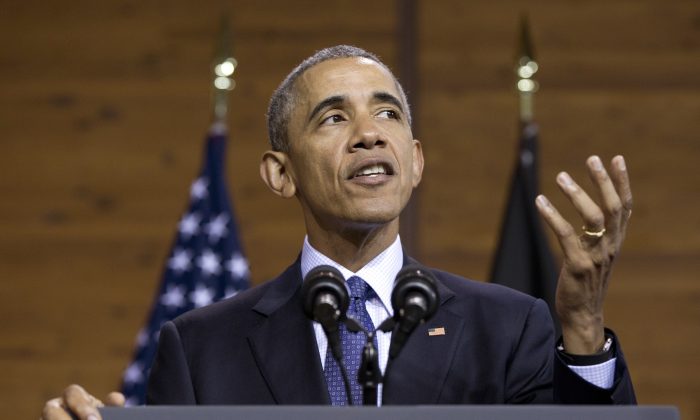 WASHINGTON—President Barack Obama is set to meet with residents of Flint, Michigan, to hear how they’re managing after lead from old pipes tainted their drinking water.

And he is bringing a message to Flint on Wednesday: a promise for change.

Obama declared a state of emergency in mid-January and ordered federal aid to supplement the state and local response. At that point, however, the crisis was in full bloom.

It actually took several months for the nation to focus its attention on the beaten-down city’s plight, raising questions about how race and poverty influenced decisions that led to the tainted water supply and the beleaguered response once problems surfaced. More than 40 percent of the city’s residents live in poverty and more than half are black.

“The fact that something like this happened in a community that is so economically disadvantaged is something that troubles the president,” White House spokesman Josh Earnest said Tuesday.

In an effort to save money, the city began drawing its water from the Flint River in April 2014. Despite complaints from residents about the smell and taste and health problems, city leaders insisted the water was safe. However, doctors reported last September that the blood of children contained high levels of lead.

The source of the city’s water was subsequently switched back to Detroit, but the lead problem still is not fully solved, and people are drinking filtered or bottled water.

The political and legal fallout is ongoing. An independent commission appointed by Republican Gov. Rick Snyder determined the state was primarily responsible for the water contamination in Flint, and he issued an apology. The Obama administration’s response, through the Environmental Protection Agency, has also come under criticism from Snyder and some in Congress who say that the EPA didn’t move with necessary urgency upon hearing of problems.

EPA Administrator Gina McCarthy told Congress that, while staff repeatedly urged the state to address the lack of corrosion controls, “we missed the opportunity late last summer to quickly get EPA’s concerns on the public’s radar screen.” An inspector general is investigating the EPA’s response.

The White House announced Obama’s visit by posting a letter he wrote to 8-year-old Flint resident Mari Copeny, known locally as “Little Miss Flint,” who had asked to meet the president.

“I want to make sure people like you and your family are receiving the help you need and deserve,” Obama told her.

The White House has said Obama wouldn’t use the trip to focus on accountability. He doesn’t want to be perceived as weighing in on one side or the other during an active investigation. The White House has also cautioned not to expect a major new funding announcement. Rather, “Flint residents need to know that when the cameras are gone, the administration’s support for the state and local response efforts will continue,” Earnest said.

Obama plans to meet with the governor when he lands. His first stop will be at the Food Bank of Eastern Michigan to get a briefing on the response to the problem from federal officials. The food bank has helped more than 300,000 people in the last year with meals, water and hygiene products. From there, Obama will hear from Flint residents. He’ll then speak to a crowd of about 1,000 people at a high school.

Congress is also grappling with how to help Flint, but progress has been slow. A Senate committee last week approved a $220 million aid package as part of a broader bill that would authorize nearly $4.8 billion for water-related projects around the country. The bill could come up for a Senate vote in May.