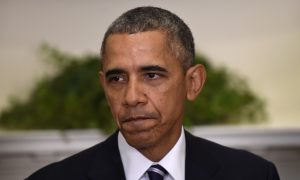 Killing Keystone XL, Obama Says Pipeline Not in US Interests
0 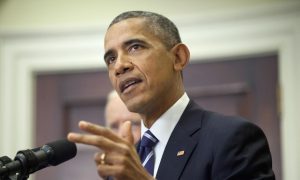 In Keystone Snub, Obama Tries to Lockdown His Climate Legacy
0 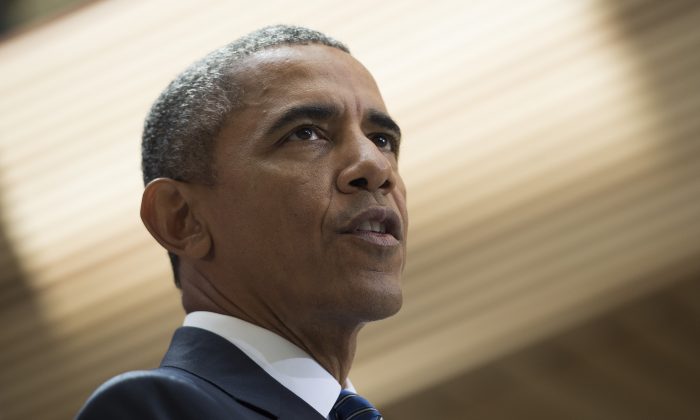 PARIS—Aiming to head off a rift between major Mideast players, President Barack Obama urged Turkey and Russia on Tuesday to set aside tensions over the downing of a Russian warplane and focus on the common priority of defeating the ISIS group.

Obama, in a meeting with Turkish President Recep Tayyip Erdogan, vouched for the NATO ally’s right to self-defense, and he pledged a solid U.S. commitment “to Turkey’s security and its sovereignty.” Yet he emphasized the need for Turkey and Russia to “de-escalate” their conflict and not get distracted from the campaign against ISIS and efforts to resolve Syria’s long-running civil war.

“We all have a common enemy. That is ISIL,” Obama said, using one of several acronyms for the extremist group. “I want to make sure that we focus on that threat.”

Tensions between Turkey and Russia have erupted into diplomatic crisis since Turkey shot down a Russian jet it accused of violating its airspace less than two weeks ago. Russian President Vladimir Putin has claimed Turkey shot the plane down to protect oil he says Turkey is illegally importing from ISIS — a charge Turkey vehemently denies. Turkey has insisted it won’t apologize for the shoot-down, which also led Russia to slap a package of new sanctions against Russian products.

The spat between two countries the U.S. sees as critical to resolving the Syria crisis has threatened to undermine Obama’s efforts to expand the U.S.-led coalition. After IS claimed responsibility for the Paris attacks and shooting down a Russian passenger jet in Egypt, Obama had sought to turn the outrage across Europe into newfound resolve for stepping up the fight against ISIS.

To that end, Obama has been working to persuade Russia to focus its airstrikes in Syria against ISIS, instead of U.S.-backed rebels fighting Syrian President Bashar Assad. Further muddying the diplomatic picture, Moscow has steadfastly supported Assad while the U.S. and Turkey insist he must leave power as part of a political solution to Syria’s civil war.

Sitting down with Erdogan in Paris on the sidelines of global climate talks, Obama said the U.S. was very interested in accelerating its military relationship with Turkey. He also praised Turkey for generously accepting refugees fleeing violence in Syria, and credited Turkey with strengthening security along its border.

Turkey, too, hopes to avoid tensions with Russia, Erdogan told reporters as he and Obama finished their roughly hour-long meeting. Waxing optimistic about a new diplomatic effort in Vienna aimed at a ceasefire in Syria’s civil war, Erdogan said he hoped it would result in “sigh of relief for the entire region.” The U.S., Russia and Turkey are all taking part in those talks.

“As the coalition forces, we are determined to keep up the fight against ISIS, and ISIS forces on the ground,” Erdogan said through a translator.

Yet in a fresh reminder of strains with Moscow, Erdogan repeated his denouncement of Russian airstrikes in Syria’s Turkmen region. He said more than 500 civilians had been killed recently in an area where he said Islamic State fighters are not operating.

“They are Turkish descendants,” Erdogan said. “That area is continuously bombed.”

Obama’s meeting with Erdogan came as he wrapped up two days of negotiations with world leaders aimed at securing a major global climate pact. Before returning to Washington later Tuesday, Obama was meeting with leaders from small island nations that the U.S. has said are particularly vulnerable to the effects of climate change.