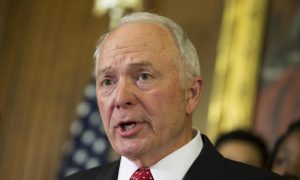 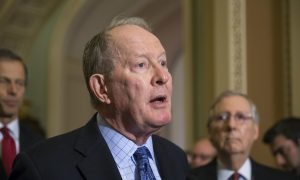 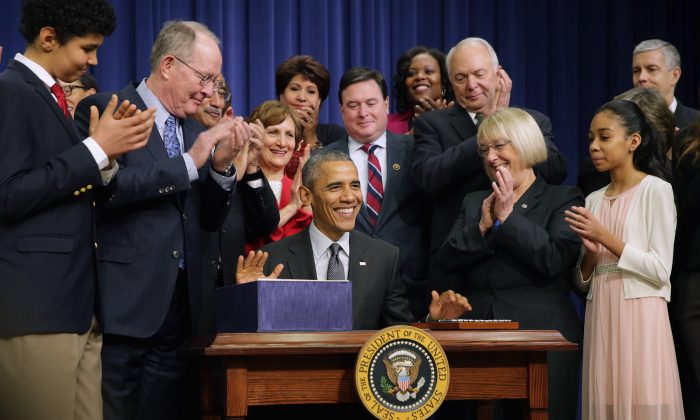 Members of Congress, education leaders and students applaud after President Barack Obama signed The Every Student Succeeds Act during a ceremony in the Eisenhower Executive Office Building in Washington, D.C., on Dec. 10, 2015. (Chip Somodevilla/Getty Images)
Education

WASHINGTON—With his signature Thursday, President Barack Obama is setting the nation’s public schools on a sweeping new course of accountability that will change the way teachers are evaluated and how the poorest performing schools are pushed to improve.

Obama will sign a bipartisan bill that easily passed the Senate on Wednesday and the House last week—long-awaited legislation that would replace the landmark No Child Left Behind education law of 2002, now widely viewed as unworkable and overreaching.

One key feature of No Child remains: Students will still take the federally required statewide reading and math exams. But the new law encourages states to limit the time students spend on testing and diminishes the high stakes for underperforming schools.

By turning more decision-making powers back to the states, the law would end more than a decade of what critics have derided as one-size-fits-all federal policies dictating accountability and improvement for the nation’s 100,000 or so public schools.

Republican Sen. Lamar Alexander of Tennessee, who leads the Senate Education Committee, called the legislation a “Christmas present” for 50 million children across the country. Alexander was a chief author of the bill along with Democratic Sen. Patty Murray of Washington—and in the House, Education Committee Chairman John Kline, R-Minn., and ranking Democrat Bobby Scott of Virginia.

“You’ll see states taking the opportunity to serve kids better, meaning it’s not just a conversation about labeling schools but also a conversation about when a school’s not doing right by kids,” Chris Minnich, executive director of the Council of Chief State School Officers, said in an interview.

There are risks that states may set goals too low or not act quickly enough, said Daria Hall, vice president for government affairs and communication at the Education Trust. But she also said, “Those risks are also really opportunities for states to really step up to the plate and be leaders.”

Three presidential candidates missed the Senate vote—Republicans Ted Cruz of Texas and Marco Rubio of Florida and Vermont Independent Bernie Sanders. Cruz said the legislation doesn’t go far enough to get the federal government out of the nation’s schools.

Here’s how the major stakeholders fare:

The legislation eliminates the federal mandate that teacher evaluations be tied to student performance on the statewide tests. Teachers’ unions hated that previous idea, saying the high stakes associated with the tests were creating a culture of over-testing and detracting from the learning environment. States and districts will still be able to link scores or consider them as a factor in teacher performance reviews, but they will not be required to do so.

“We will continue to be vigilant as work shifts to the states to fix accountability systems and develop teacher evaluation systems that are fair and aimed at improving and supporting good instruction,” Randi Weingarten, president of the American Federation of Teachers, said in a statement.

Don’t start applauding yet, kids. The nation’s 50 million students in public schools will still have to take the federally mandated statewide reading and math exams in grades three to eight and once in high school—so parents, teachers and others can see how they are doing against a common measuring stick. But the legislation also encourages states to set caps on the amount of time students spend on testing.

More children from low- and moderate-income families will have access to preschool through a new grant program that is to use existing funding to support state efforts.

The bill says the federal government may not mandate or give states incentives to adopt or maintain any particular set of academic standards, such as Common Core.

What Alternative Educational Options or Approaches Are Available for Your Child?

The college and career-ready curriculum guidelines were created by the states, but became a flashpoint for those critical of Washington’s influence in schools. The administration offered grants through its Race to the Top program for states that adopted strong academic standards for students.

Already some states have begun backing away from the standards.

The bill provides for more transparency about test scores, meaning parents and others in the community will get a better look at how students in their states and in local schools are doing.

The legislation requires that test scores be broken down by race, family income and disability status.

Parents also will be able to see how per-pupil funding breaks down by state, district and school.

It’s now up to the states.

States and districts will now be responsible for coming up with their own goals for schools, designing their own measures of achievement and progress, and deciding independently how to turn around struggling schools. Testing will be one factor considered, but other measures of success or failure could include graduation rates and education atmosphere.

To make sure all children get a fair shot at a quality education, states will be required to intervene in the lowest-performing 5 percent of schools, in high schools with high dropout rates and in schools with stubborn achievement gaps.

The measure would substantially limit the federal government’s role, barring the Education Department from telling states and local districts how to assess school and teacher performance.

The measure also ends the waivers the Obama administration has given to more than 40 states—exemptions granted around the more onerous parts of No Child when it became clear that requirements such as having all students proficient in reading and math by 2014 would not be met.