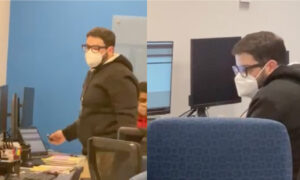 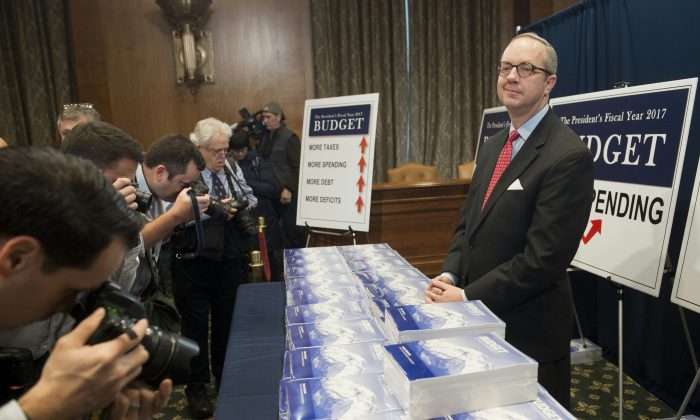 Obama to Release $4 Trillion-Plus Budget for 2017

WASHINGTON—President Barack Obama is unveiling his eighth and final budget, a $4 trillion-plus proposal that’s freighted with liberal policy initiatives and new and familiar tax hikes — all sent to a dismissive Republican-controlled Congress that simply wants to move on from his presidency.

The budget will be released Tuesday morning, the same day as the New Hampshire primary when it’s likely to get little attention. It comes as the deficit, which had been falling over the duration of Obama’s two terms, has begun to creep up, above the half-trillion mark.

The White House is countering the worsening deficit outlook with a proposed $10-per barrel tax on oil that would finance “clean” transportation projects. It also is sure to propose taxes on the wealthy and corporations.

Long gone are proposals such as slowing the automatic inflation increase for Social Security benefits and other ideas once aimed at drawing congressional Republicans into negotiations on a broader budget deal.

Now, Obama has broken out a budget playbook filled with ideas sure to appeal to Democrats: A “moonshot” initiative to cure cancer; increasing Pell Grants for college students from low-income backgrounds; renewed incentives for GOP-governed states to join the expanded Medicaid system established under the health care law, and incentives to boost individual retirement accounts.

The budget also pledges to make Americans safe in an increasingly dangerous world through higher military spending to fight the Islamic State terrorist threat and increased support for cybersecurity in the wake of last summer’s hack of government computers that compromised the personal information of 21 million Americans. The administration’s budget askes for a $19 billion increase in spending to upgrade cybersecurity across government agencies, including $3 billion for an overhaul of federal computer systems.

“These cyber threats are among the most urgent dangers to America’s economic and national security,” Obama wrote in an opinion piece Tuesday in The Wall Street Journal. “With the nation’s cyber adversaries getting more sophisticated every day … we have to be even more nimble and resilient and stay ahead of these threats.”

The $10-per-barrel tax hike proposal comes as the price of crude has dropped to the $30 per barrel range.

Republicans, however, immediately rejected the idea after its release last week and it will meet the fate of prior dead-on-arrival proposals such as increasing capital gains taxes on the wealthy, imposing a fee on big banks, and cutting the value of charitable deductions for upper-income taxpayers. Higher cigarette taxes and a minimum 30 percent rate for wealthier filers have also gone nowhere.

Obama’s proposed tax increases also mean that he can present relatively reasonable deficit estimates without having to go for painful cuts to benefit programs such as Medicare, health care subsidies under the Affordable Care Act, food stamps, and Medicaid health care for the poor.

The budget deficit, after hitting a whopping $1.4 trillion in Obama’s first year, dropped to a relatively manageable $439 billion last year. But a softening economic outlook, combined with a round of tax cuts and increased spending enacted by Congress last year, will make the deficit problem about $1.5 trillion worse over the coming 10 years, according to the latest Congressional Budget Office estimate.

CBO’s “baseline” deficit — what it expects would occur if Congress does nothing — would now total almost $10 trillion over the coming decade.

The White House hasn’t revealed what, if anything, Obama will propose to address the worsening deficit picture. In its budget roll-out, the White House has instead focused on new spending initiatives. The plan is also likely to call for a comprehensive overhaul of immigration laws, highly unlikely in an election year.

On Monday, Obama proposed $1.8 billion to combat the Zika virus, asking for the money immediately as emergency spending on top of the $1.1 trillion catchall spending bill that passed in December. The virus is spreading rapidly through Latin America. While most people experience either mild or no symptoms, Zika is suspected of causing a devastating birth defect — babies born with abnormally small heads — and the funding is aimed at fighting its spread both abroad and in the U.S.

Obama has largely shifted his focus elsewhere. After winning a higher income tax rate in 2013 on couples earning more than $400,000 per year, Obama and Republicans have battled over relatively small increases to the less than one-third of the budget passed by Congress each year. Republicans seeking higher spending for the Pentagon have been forced to accept Obama’s demands for additional funds for domestic agencies.