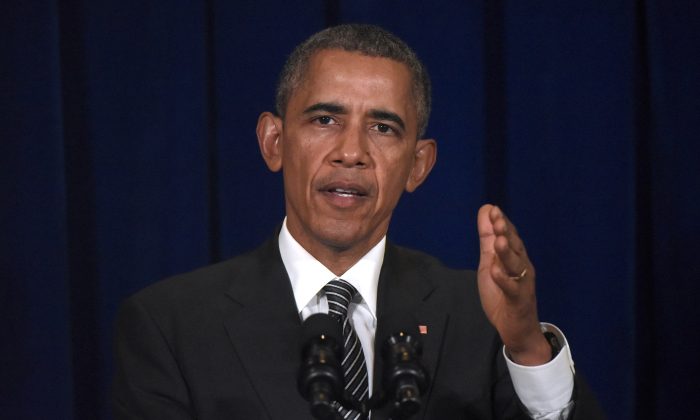 Obama to Push Trade Agenda at Summit With Southeast Asia

MANILA, Philippines—A summit next week between Southeast Asian leaders and President Barack Obama is unlikely to deliver any big economic prizes, but will allow the American side to press the advantages of joining a Pacific trade pact that doesn’t include China.

The meetings at Rancho Mirage in California set for Monday and Tuesday will be the first summit of its kind for the 10-member Association of Southeast Asian Nations on U.S. soil. Its special nature is intended to show the Obama administration’s commitment to countering growing Chinese influence in a region that is home to 620 million people and a $2.6 trillion economy.

Southeast Asian nations have benefited from increased trade and investment stemming from their giant neighbor’s economic rise but many are wary of China achieving overweening influence. The U.S., meanwhile, has an interest in maintaining freedom of navigation in the South China Sea, a crucial global trade route.

We are going to be engaged in Southeast Asia.
— Ben Rhodes, deputy national security advisor, U.S.

The summit is meant to send a signal that the U.S. values ASEAN, said U.S. Deputy National Security Advisor Ben Rhodes, using the acronym for the Southeast Asian grouping. “We are going to be engaged in Southeast Asia, we’re going to be engaged in working with the nations of the Asia Pacific to clear rules of the road on the various issues of common interest that we share with them,” he said.

The Southeast Asian nations of Brunei, Malaysia, Singapore and Vietnam are already part of the U.S.-led Trans Pacific Partnership trade pact that is awaiting ratification by national parliaments. The agreement eliminates many tariffs and also imposes minimum labor standards on member nations as part of U.S. efforts to set rules for trade and business in the region and beyond.

Indonesia, which is the largest economy in Southeast Asia, along with Thailand and the Philippines are prospective members of the pact, which took several years to negotiate and was a main plank in Obama’s drive for a deeper relationship with Asia.

Obama to Release $4 Trillion-Plus Budget for 2017

Cambodia, Laos and Myanmar, which are the least developed countries in Southeast Asia, aren’t eligible to join because they aren’t members of the Asia Pacific Economic Cooperation grouping.

He also expects Obama to court Cambodia, Laos and Myanmar as countries that are within the economic orbit of China.

What the U.S. can do, what Obama can do, is encourage these countries to be less dependent on China.
— Richard Javad Heydarian, assistant professor of political science, Manila's De La Salle University

“What the U.S. can do, what Obama can do, is encourage these countries to be less dependent on China so that they have more options when it comes to their foreign policy, when it comes to how they govern themselves,” he said.

A new U.S. initiative called ASEAN Connect aims to set up U.S. government regional offices in Jakarta, Bangkok and Singapore to help Southeast Asia on infrastructure projects, and support development by helping poorer countries such as Laos, Myanmar and Cambodia to improve customs services, develop investment regulations and the rule of law.

Alexander Feldman, president and CEO of the Washington-based U.S.-ASEAN Business Council representing American businesses in Southeast Asia, said the addition of Indonesia, Thailand and the Philippines would be a substantial boost to the Trans Pacific Partnership.

But there are challenges to overcome for each country. The Philippines, for example, needs to amend foreign ownership restrictions in its constitution, a highly contentious move in the rambunctious democracy of more than 100 million people.

Feldman, a former Assistant Secretary of State, does not expect a lot of concrete outcomes from the summit. But he said it will set the stage for successful U.S.-ASEAN and East Asia summits in Laos in September, and continued close ties after Obama bows out of office next year.