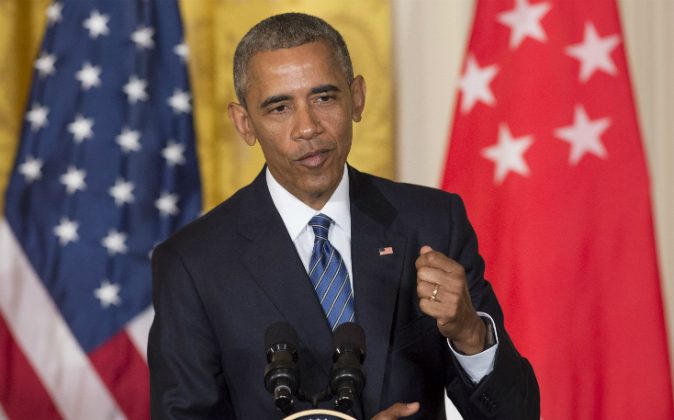 President Obama went after Donald Trump about a New York Times report that claims the Republican presidential nominee’s aides denied him use of his Twitter account.

Obama—speaking at a Democrat rally in Kissimmee, Florida—joked about Trump, questioning whether he could be a good president if he can’t control his Twitter page.

“Apparently his campaign has taken away his Twitter,” Obama said. “In the last two days, they had so little confidence in his self control, they said: ‘We’re just going to take away your Twitter.’

Twitter has been a source of great mirth and frustration for Trump. He often galvanizes his supporters with his pithy comments, but in some instances, his use of the social medium has caused headaches—like when he posted several comments about a former Miss Universe winner.

Meanwhile, a Trump aide told USA Today that his Twitter wasn’t taken away.

“No one is taking away his Twitter. He’s his own man,” Trump’s senior adviser Boris Epshteyn said, referring to the Times report.

Over the past several days, Trump’s Twitter has been more subdued, with him posting praise of the various cities he visits as well as pictures of crowds of people who listen to his speeches.