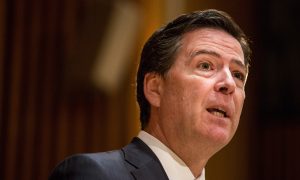 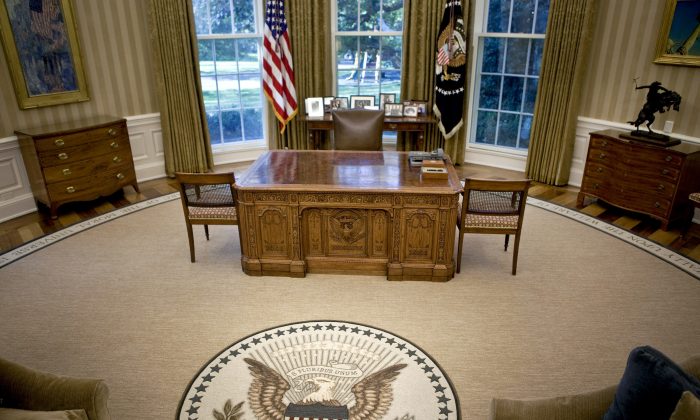 The desk of U.S. President Barack Obama sits in the newly redecorated Oval Office of the White House August 31, 2010 in Washington, D.C. (Brendan Smialowski-Pool/Getty Images)
US

WASHINGTON—President Barack Obama says one improvement he’d like to make at the White House for his successor is to upgrade the WiFi system.

Speaking during an interview with CBS News on Super Bowl Sunday, both Obama and his wife, Michelle, said getting better quality connectivity for the Internet is a serious issue at the Executive Mansion.

Asked by CBS’s Gayle King what advice they would have for the next couple, Obama replied, “Well, no … The whole tech thing, we’ve been trying to get that straight for the next group of folks, because it is an old building.”

“And so there are a lot of dead spots where WiFI doesn’t work,” he said. The first lady chimed in, saying the WiFi system “can be a little sketchy.”

“That can be an issue,” said Obama. His wife, referring to daughters Malia and Sasha, said “the girls are real irritated sometimes.”

The White House, meantime, took a day off from the “Let’s Move” campaign to enjoy Super Bowl 50.

The campaign, led by First Lady Michelle Obama, is focused on curbing obesity. But she admitted that the first family takes “Let’s Move” off the table for the big game.