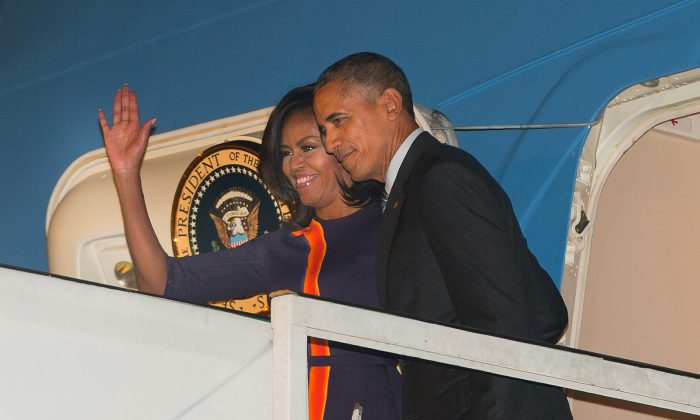 Excerpts of President Barack Obama’s interview with Rolling Stone magazine revealed more of his and First Lady Michelle Obama’s plans after President-elect Donald Trump is inaugurated on Jan. 20 of next year.

After his second presidential term ends, Obama told Rolling Stone that while he won’t be directly involved in politics, he and the first lady will be “very active” in grassroots activities to advance progressive causes.

And after Trump takes over next year, Obama said he plans on “[sleeping] for a couple weeks” and will take Michelle “on a well-deserved vacation.”

The president also wants to pen another book.

“I’ll spend time in my first year out of office writing a book, and I’m gonna be organizing my presidential center, which is gonna be focused on precisely this issue of how do we train and empower the next generation of leadership,” Obama told Rolling Stone.

It appears the book will, again, touch on spreading a progressive message across the United States.

“How do we rethink our storytelling, the messaging and the use of technology and digital media, so that we can make a persuasive case across the country?” he said.

The president also reflected on the 2016 election, which saw Hillary Clinton, a candidate for whom he campaigned, lose in dramatic fashion to Trump. He noted that the Democratic Party has lost touch with working-class voters, who selected Trump over Clinton.

“I think that part of it has to do with our inability, our failure, to reach those voters effectively,” he added.

“Part of it is Fox News in every bar and restaurant in big chunks of the country, but part of it is also Democrats not working at a grass-roots level, being in there, showing up, making arguments. That part of the critique of the Democratic Party is accurate. We spend a lot of time focused on international policy and national policy and less time being on the ground. And when we’re on the ground, we do well.”

On Tuesday, it was reported Trump and Obama had a phone call on Saturday in a 45-minute “consultation.” White House Press Secretary Josh Earnest said the two have had “a handful” of conversations over the phone since Trump was elected on Nov. 8.