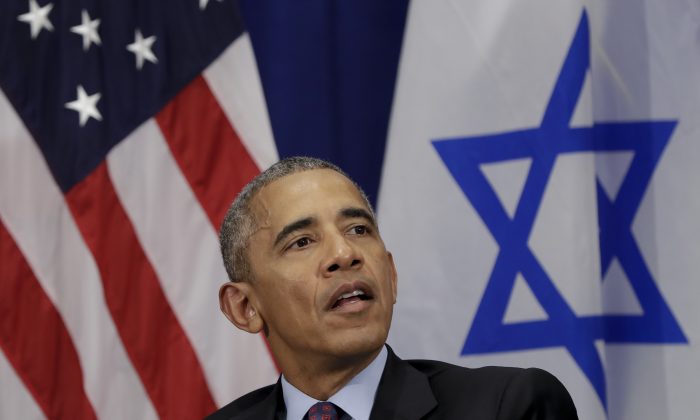 President Obama issued a statement on Friday regarding the protests in Charlotte that turned into a riot on Sept. 21.

Speaking on ABC‘s “Good Morning America,” the president called on protesters to be peaceful.

Obama noted there are people demonstrating peacefully and some who have engaged in violence following the shooting death of Keith Lamont Scott, who is black. He was shot by a black police officer.

“[The] overwhelming majority of people who have been concerned about police-community relations [are] doing it the right way,” Obama said. “Every once in a while you see folks doing it the wrong way.”

“I think it’s important to separate out the pervasive sense of frustration among a lot of African Americans about shootings of people and the sense that justice is not always color blind,” he added.

On Thursday night, protests were mostly peaceful and were much unlike the previous two nights, where more than a dozen police officers were injured and local news reporters were attacked.

The family of Scott said they viewed a video that showed his shooting death. “It is impossible to discern from the videos what, if anything, Mr. Scott is holding in his hands,” family attorney Justin Bamberg said, according to CNN.

The family said they want police to release the footage to the public.

Charlotte-Mecklenberg police Chief Kerr Putney said officials will not release the video, so as to not jeopardize their investigation into the shooting.