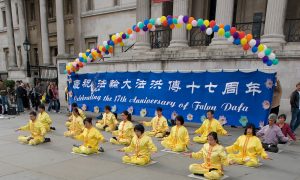 By Helena Zhu
Print
President Barack Obama arrived on the West Coast on Wednesday to speak at a campaign-style town hall meeting at the headquarters of Facebook Inc. at Palo Alto, Calif.

At the meeting, Obama called the nation’s finances “unsustainable” and said that both Democrats and Republicans need to work together to begin reducing the budget deficit the United States faces in a “balanced way.”

Obama’s speech began a three-day trip that will include another town hall meeting in Reno, Nevada, and fundraisers in San Francisco and Los Angeles.

With more than 500 million users, Facebook, founded by Mark Zuckeberg in 2004, is the world’s largest social network website. This was the first time he has appeared in a live-streaming Facebook video.

Moderated by Zuckerberg and Chief Operating Officer Sheryl Sandberg, the event had Obama answer questions filed online via Facebook and the White House website and those from an audience of Facebook employees, small business leaders, and Silicon Valley entrepreneurs.

Obama said Facebook is an optimal way to ensure that “this isn’t a one-way conversation.”

At 6:15 p.m. PDT, Obama will deliver remarks at a Democratic National Convention event in San Francisco, before he goes to another DNC event at the city’s Nob Hill Masonic Center at 8:30 p.m., according to the White House.

Democrats agree that for Obama to win re-election in 2012, he will have to rally many of the same forces that got him into the White House in 2008. He will need to accumulate a crowd of young, energetic, and hopeful voters, as well as reasonable support from independent voters.