Business Chart of the Day: If the Ford Rally Over?
0
Share Now
TelegramFacebookTweetEmailTellMeWeReddit
Copy Link 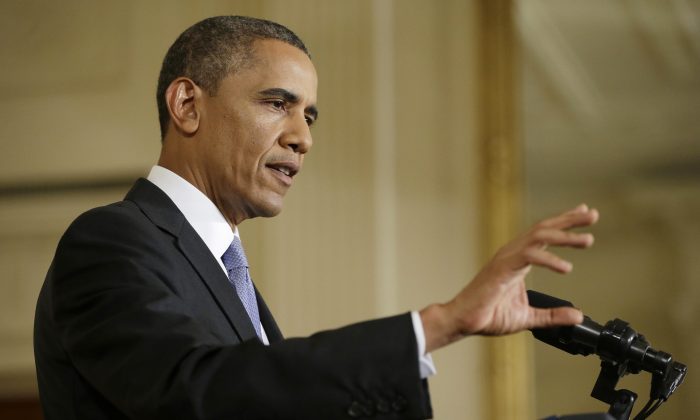 President Barack Obama gestures during his news conference in the East Room of the White House in Washington, Friday, Aug. 9, 2013. (AP Photo/Pablo Martinez Monsivais)
US

President Obama played cards in another part of the White House with four members of staff during the raid on Osama bin Laden’s compound in May 2011, said personal assistant Reggie Love.

Love said, “It was a very long day.” He made the comments at an event held by the Artists and Athletes Alliance at the University of California-Los Angeles.

“Most people were, like, down in the Situation Room and [President Obama] was, like: ‘I’m not going to be down there. I can’t watch this entire thing.’ We must have played 15 games of spades,” Love added.

They played cards in the White House dining room.

According to earlier reports, Obama was briefed the entire time during the Navy SEAL raid on the Bin Laden Abottabad, Pakistan, compound in 2011. The raid resulted in the killing of the al-Qaeda terror leader.

Bin Laden’s body was later buried within 24 hours of his death.