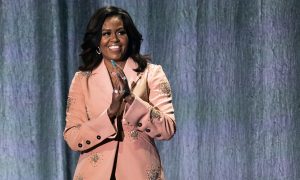 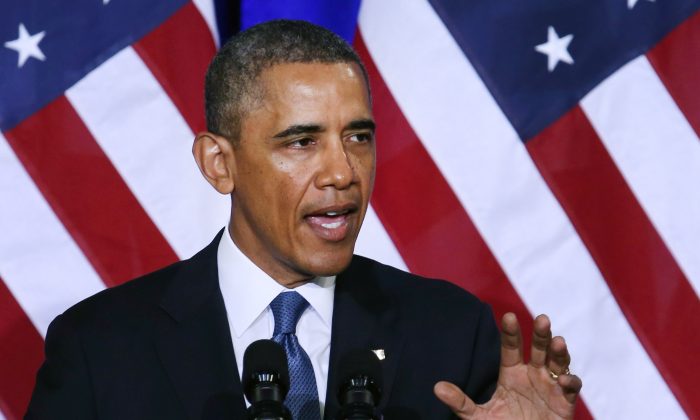 Obama Opens Redistricting U With an Eye on Winning Future Elections

Former President Barack Obama launched a new campaign Aug. 26 called “Redistricting U” to combat partisan gerrymandering in key battleground states that Democrats hope to win in the 2020 presidential election and beyond.

Redistricting U will provide free training for volunteers so they can “be leaders in the movement for fair maps,” according to the campaign’s website, Allontheline.org.

“Training is at the heart of organizing. It’s why I’ve always made it a priority—from my 2008 campaign until now,” Obama wrote on Twitter on Aug. 26.

“The movement for fair maps will determine the course of progress on every issue we care about for the next decade. And we can’t wait to begin organizing when the redistricting process starts in 2021. We need to build this movement from the ground up—right now,” Obama said on the website.

Obama and Democrats have been pushing voting reform, including felon re-enfranchisement and, in some places, lowering the voting age from 18, in order to boost turnout and promote their party’s get-out-the-vote efforts.

Organizing for Action, which is guided by the organizing philosophy of “Rules for Radicals” author, Saul Alinsky, is a nonprofit that grew out of Obama’s presidential campaigns. NRAF is an affiliate of another Holder group, the National Democratic Redistricting Committee (NDRC).

Redistrict U is part of the “All On The Line” campaign that aims to defend the Affordable Care Act, curtail gun violence, and expand voting rights.

“For too long, politicians have been able to pick their voters, instead of allowing voters to choose their representatives,” Holder said at the time. “Gerrymandering rigs our elections so the party in power can’t lose, and it moves our policy debates away from rational solutions to the extremes.”

This strategic alliance was created, according to the NDRC, to go “all-in on the fight to end gerrymandering and to have a government that better represents the people.”

“We’re going all-in on the fight against gerrymandering—because for all the hard-fought progress we’ve achieved together, the lack of truly representative government has too often stood in the way of change,” Obama said in 2018.

According to NRAF, by incorporating “OFA’s grassroots infrastructure fully into our efforts, NRAF will engage this powerful grassroots network to organize, educate, and engage supporters both in the digital space and on the ground to restore fair representation to Congress and state legislatures.”

Legal challenges to alleged gerrymandering have not fared well in 2019.

In June, the Supreme Court rejected a series of lawsuits in which officials from various states challenged redrawn state legislative districts they claimed were unlawfully gerrymandered for partisan benefit.

On June 17, the court ruled 5–4 that the Virginia House of Delegates lacked legal standing to initiate a lawsuit on behalf of the state. Republicans, led by Speaker of the House Kirk Cox, wanted to discard a map drawn by a lower court and revive a previous one. Democrats, on the other hand, preferred the new map, which the high court allowed to stand.

On June 27, in a 5–4 opinion written by Chief Justice John Roberts, the Supreme Court held that partisan gerrymandering claims present political questions beyond the reach of the federal courts. The ruling, which covered two separate lawsuits, left in place a state electoral map in North Carolina challenged by Democrats, as well as a map in Maryland contested by Republicans.

Such political questions cannot be decided by the courts because, among other things, they lack “judicially discoverable and manageable standards for resolving [them],” he wrote, citing the court’s 1962 ruling in Baker v. Carr.

States remain free to address the issue of gerrymandering through state constitutional amendments, legislation, and independent commissions, Roberts said, noting that Congress, too, could take action.