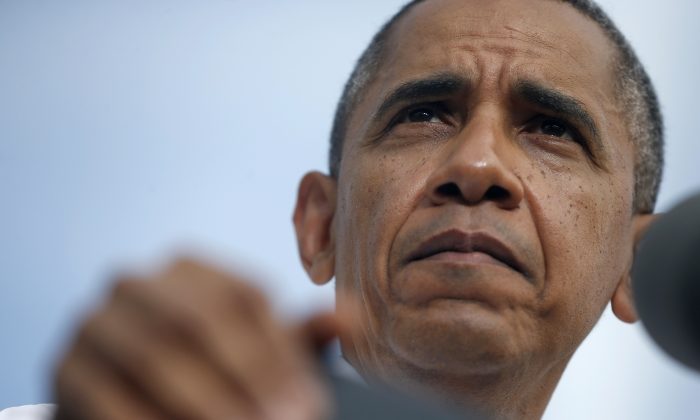 Obama Makes FEMA Visit, Thanks Workers for Receiving No Pay

President Barack Obama made an unannounced visit to the FEMA headquarters on Monday, thanking the workers there to operate without pay during Tropical Storm Karen.

Mark Knoller of CBS News reported that Obama will deliver remarks at the FEMA National Response Coordination Center in an attempt to call on the House to vote on a bill to reopen the government during the shutdown, which has lasted a week.

Spokesman Jay Carney said, “The president directed his team to keep him appraised as weather conditions change and as preparations continue. He urged residents in potentially affected areas to follow the instructions of local response and law enforcement officials.”